By Louisa Ghevaert, Head of Fertility and Surrogacy law at Vardags

On her blog, Big C Little Me, the 40-year-old discussed having her embryos frozen before undergoing chemotherapy, in the hope of having another child. The late mother of one was only 38 when she was diagnosed with cancer, and hadn't finished having a family. Like a rapidly increasing number of women are doing these days, she opted to undergo fertility preservation treatment.

Rachael fought hard to preserve her fertility in the face of her cancer diagnosis. She even delayed chemotherapy to undergo a cycle of IVF over Christmas, admitting on her blog that an alcohol free Christmas “really rained on my Christmas day booze parade when I’d planned to drown my cancery sorrows in a vat of prosecco”. Her determination won through and she succeeded in harvesting 5 eggs on Boxing Day, 4 of which successfully fertilised to become embryos and were put into cold storage.

Before she received her incurable diagnosis, she called those embryos her "four frosty little grains of hope.”  In doing so, she kept her dream of another child alive when she’d finished her cancer treatment - so much did she want the chance to have another baby.

Rachael and her husband had just started trying for a second child when she was given her cancer diagnosis. Her thoughts instantly jumped to her fertility. “My second question for the doctors after ‘Will I lose my hair?’ was ‘Will I be able to have any more babies?’  Fertility and getting pregnant had taken up so much of my headspace over the previous few years I just didn’t want to have to deal with the grief of being told I couldn’t have any more children as well as dealing with the shock of having cancer at the same time.” – Rachel wrote on her blog, Big C Little Me.

Rachael’s story is one that strongly resonates with many modern women. As a fertility lawyer, I have seen the landscape drastically change over the last ten years, and cases like Rachel’s are fast becoming the norm.

Women in Britain want more knowledge, independence and choice about their reproductive futures. They also want gender equality, economic stability and career progression. They are therefore delaying motherhood into their 30’s, 40’s and 50’s, which increasingly challenges their biological clock. To combat this, women are turning to technology and assisted conception to try and secure greater ownership of their fertility and family building.

More women are starting a dialogue about their fertility and asking questions: Can I have a baby when I feel ready for one? Will fertility technology optimise my chances of getting pregnant? Can I use technology instead of contraceptive hormone pills to prevent getting pregnant? Should I freeze my eggs? What are my assisted conception options if I don’t have a partner or can’t get pregnant? Can I still have a baby if get cancer or some other medical condition?

This is fuelling the rise of the digital on-demand economy in the fertility space. New products track ovulation though sleep sensors, wrist gadgets and apps with varying degrees of success.  The Natural Cycles App, which purports to be an effective method of natural conception, recently hit the news following an advertising ban by the UK’s Advertising Standards Authority. This followed complaints about misleading advertising following a spate of unwanted pregnancies by women using the app.

Google is 20 years old this year and the power of the internet has revolutionised the way we think and behave in Britain. Today’s young women have grown up in the digital era and are hot wired into the internet. The on-demand digital world is second nature for them and increasingly for older women; it’s where we buy our clothes, book a holiday, search for jobs and look for a date. It’s also where we turn to learn more about our reproductive choices and fertility treatment options. However, there is still an information disconnect and a knowledge gap on the fertility front and this needs to change.

Women are currently making important decisions about their fertility and future family building arrangements without fully understanding and managing the complex fertility and family law aspects. All too often women are concentrating on the medical aspects and pregnancy and waiting until they encounter problems before obtaining legal advice. There is still insufficient education and recognition of the value and benefits of specialist legal advice.  We don’t buy a house or make a Will without legal advice so why are we not taking more steps to legally protect our fertility, family building plans and much wanted children?

Rachael leaves a legacy of 4 frozen embryos, together with her wishes for another child. Her blog records her thoughts and questions about this and the implications for her husband and son saying “As well as pondering the dangers, I ask myself all the questions about whether it is selfish to have another baby when my life expectancy may be limited? Or would it be better for Steve and Freddie to have another member of Team Bland if I weren’t around – they say there is safety in numbers after all”.

I recently worked on the UK’s first posthumous conception case where a wife was granted permission by The Court of Protection to extract and store her husband’s sperm for posthumous use when he was fatally injured in an accident in the early stages fertility treatment. His unexpected accident happened just days before their next clinic appointment when they would have completed a further batch of consent forms recording their wishes for the storage and use of their eggs, sperm and embryos in fertility treatment. It was doubtful whether the husband had completed and signed the required consent form consenting to the posthumous storage and use of his sperm by his wife in fertility treatment. The couple had, however, discussed and agreed between themselves that his sperm could be used posthumously by his wife in the event of his death. Recognising the husband’s family building wishes, The Court of Protection stepped in to save the husband’s sperm for his wife’s use in treatment after his death.

In undergoing IVF, Rachael should have completed legal consent forms at her fertility clinic specifying her wishes for the storage and use of her embryos during her lifetime and afterwards.  Even if she has not fully specified her wishes and agreement for their use after her death in writing and signed the required HFEA consent forms, this new legal ruling might still offer the possibility for her husband to have their much wanted second child through fertility treatment and surrogacy.

As more women embrace the digital on-demand fertility space and assisted conception, there needs to be greater messaging and uptake of specialist fertility and family law advice. Without legal safeguards and strong legal foundations, women’s reproductive futures and their wishes for their families and children can be put at risk. There needs to be a more cohesive approach to women’s fertility and family building to tackle the growing fertility problem in Britain.

This requires structural changes beyond better access to IVF and more affordable childcare and parental leave from work. We need more education around fertility and family building that encompasses the complex legal as well as the medical and wider aspects. We also need to ensure there is responsible messaging in our increasingly digital world so that specialist legal advice is not simply seen as an ‘add-on’.

Rachael’s story is incredibly sad, but it shows how for many women, the hope of a new child can give them the strength to fight another day. Had she survived, modern fertility treatment would have given her the chance to complete her family and experience the joy of raising another child. She leaves a precious biological legacy with her four frozen embryos.

Depending upon her wishes and those of her husband, there might still be the potential for her to give the gift of another child to her husband and a sibling for her son.

Words by Louisa Ghevaert, Head of Fertility and Surrogacy law at Vardags. 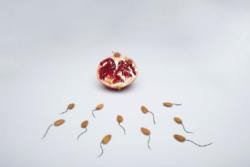 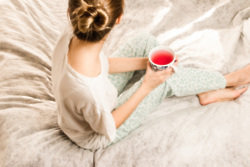 The Relationship Between Irregular Periods And Fertility

How fad diets can impact your fertility