Madonna shows off her Chanel shoes

Madonna ensured all eyes were on her feet when she stepped out in these amazing Chanel gun heel shoes in last night.

The singer was attending the screening of her new film, Filth And Wisdom, in which she makes her directional debut, in New York.

She wore a simple black dress to avoid taking attention away from her heels. 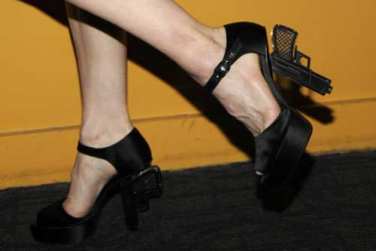 However the shoes have caused some controversy with murder victims' group, Mothers Against Murder And Aggression (MAMAA), branding Madonna uncaring.

Lyn Costello, from MAMAA told Metro: "I am horrified that Madonna can see these shoes as fashion.

"As a mother herself I would have thought that she would have paused for a second and thought about all the young people here and in her own country that have died because of gun crime.

"It's uncaring. Surely she reads the news and realises that young people are dying every day."

Chanel's Karl Lagerfeld was apparently inspired by an image of a gun which he gave to Chanel's shoe designer Laurence Decade, and told him to make a shoe.

The 'Miami Vice' shoe was first seen on the catwalk, and those designs were made of actual gun casings, painted silver, black, and gold. But the designs being made for Chanel boutiques are made of Plexiglas. 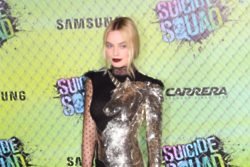 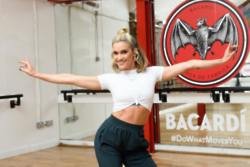 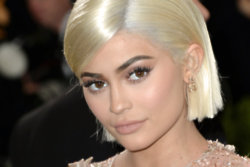