Who would you like to bring back from the dead?

The King beats The Princess to the title

Elvis Presley has been voted the personality Brits would most like to bring back to life, according to a survey published last month.Â

The King beat Winston Churchill, Bobby Moore and Princess Diana to the top spot, but they still made it into the top ten, complete with predictions of what they would be doing if they were still alive.

The nationwide poll of 2,000 Film & TV fans was commissioned by Warner Home Video to mark the DVD release of Pushing Daisies: Series One, which follows the story of Ned, a young man who possesses a very special gift of being able to return the dead with just one touch.

Respondents were asked to vote on the person they would most like to be brought back to life and Elvis beat off stiff competition with nearly a quarter of the vote (23%.) The Peopleâ€™s Princess, Diana came in close second with 20% of the vote and the blonde bombshell, Marilyn Monroe swept into third place. Making up the top five were the lothario Tudor King, Henry VIII (11%) and World Cup winning former England Captain Bobby Moore (9%) who tragically died of cancer in 1993.

Legendary American musician Kurt Cobain, who infamously took his own life at the height of Nirvanaâ€™s fame, also appears in the top ten alongside World War II leader Sir Winston Churchill. German Nobel Peace Prize winning physicist Albert Einstein also sneaks in to the top ten but his Austrian counterpart, the world famous psychoanalyst Sigmund Freud is a shock omission. Famed for his love sonnets and way with words, English playwright William Shakespeare came in at number six with 6% of the vote and Queen superstar Freddie Mercury picked up 5% of votes to make seventh place. Over a quarter of those surveyed (26%) thought if heâ€™d been alive today, Shakespeare would be penning tunes with Amy Winehouse while 18% felt Freddie Mercury would have launched a hugely successful clothing ranch.

Respondents were also quizzed on what the top ten would be doing today if they were still alive and six in ten thought Elvis would be a judge on American Idol. One in ten (12%) also thought heâ€™d be advertising slimming pills and hair loss treatments! Had Marilyn Monroe been alive today, 63% of respondents thought she would have made the ultimate WAG, spending her days shopping and partying with a string of gorgeous men on her arm. At the other end of the spectrum, nearly half of those surveyed (48%) felt Henry VIII would have invented the ultimate new diet and taken part in a bestselling fitness video. One in three (35%) believed Bobby Moore would have been the man to lead England to World Cup glory for the second time, this time as a Manager, and 23% thought Winston Churchill would have forged an extremely lucrative career as an after dinner speaker as well as being the permanent host of Have I Got News For You.

Surprisingly former US President John F Kennedy, who was assassinated in 1963, misses out on an entry in the top ten as does the iconic British filmmaker Sir Alfred Hitchcock. Other historical figures missing out on the top 10 include â€˜The Lady with the Lampâ€™; nurse Florence Nightingale, who risked life and limb on a daily basis when she cared for soldiers during the Crimean War.

Pushing Daisies: Season One is out on DVD now. 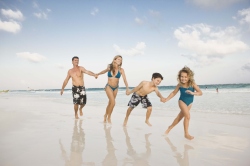 Having a family is priority for women 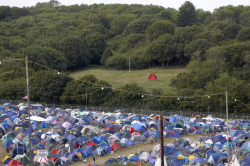 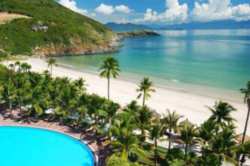