David Zayas teams up with Sam Riley and Jason Statham in 13, which is an English speaking remake of 13 Tzameti.

We caught up with the actor to chat about the movie, working with director Géla Babluani as well as the seventh season of Dexter.

- 13 is about to be released on DVD so can you tell me a little bit about the movie?

The movie is about t his underground game of Russian Roulette that involves the gambling of a lot of money.

All of the characters are pretty dark in their own way, including the character I play Detective Larry Mullane. And he is trying to find out where these games are taking place and trying to stop it.

- As you say you take on the role of Detective Larry Mullane in the movie so what was it about the character and the script that interested you in the movie?

I saw the original that Géla Babluani wrote and directed called 13 Tzameti and that was very interesting. I believe it was a French film and I was just intrigued by the awkwardness, the off beatness of the film really just grasped me.

And I just thought ‘wow, this is a film that is really interesting because it is so uncomfortable to watch’ and I was fascinated by it.

When I heard that he was making a remake in the United States I just really wanted to be a part of it. I was able to meet Gela and I was lucky enough to get a part of the detective.

- You have hinted that your character is just as dark as the rest so can you tell me a bit about the character and how we seem him develop throughout the movie?

The one thing that grabbed me in reading the role was he seemed like if he was on the other side of the law he would fit in just fine with these other characters (laughs).

But he is on the side of the law and in that there are a lot of issues that he has to deal with; problems with his family and alcoholism.

I think he struggles with hypocrisy in dealing with these people and I also think that he is a little bit narcissistic in that he needs to find out where these things are happening and he needs to be on top of things and the unknown in this world is killing him.

So all those little aspects of the character interest me and it is always fun to play as an actor. So that is really what captured me to his role.

- You have mentioned Géla Babluani already and he is in the director's chair in his first English speaking movie so how did you find him as a filmmaker?

I found him very interesting. He was very articulate in what he wanted but also gave us the freedom to explore it ourselves as actors.

I had a wonderful time working with him. Part of an actor’s job, in my opinion, is adjust to the characteristics of the director and try to understand to how he tries to work.

Sometimes it is the other way around but I like to get the vibe of the director and try and get into his world - I already know my world.

To get into another person’s mindset and what they are trying to do with their project is a challenge and it is what I like.

Gela was a very interesting director as he was very passionate and very serious about what he was doing and I found that really attractive. I really enjoyed working with him.

- It is a fab cast with Sam Riley, Jason Statham and Mickey Rourke all on there so how did you find working with them? And what was the vibe like on set?

Most of my scenes were with Sam Riley, who is a wonderful young actor and I had a wonderful working relationship with him on the set.

I didn’t get to work with many of the other actors but just being in the same movie as them is always an honour.

- Away from 13 you will also be reprising the role of Angel Batista in the seventh season of Dexter so what can we expect from the show and your character this time around?

We have just finished the seventh season and when you are in a TV series that has gone as far as seven seasons we have a wonderful bunch of writers that always bring up something new for this character to explore.

I think all of the interesting points that we have had in seven seasons actually come together in the seventh season for Angel Batista. Of course I can’t give too much away but you are going to find some very interesting points.

There are no episodes that is a throw away episode as every one has something interesting that is going to lead to the next episode - that is a credit to the writers. I can’t wait to see how people react to the series.

- You have been with the series since the start so how great has it been being able to develop over a character over such a long period of time?

It is a blessing. I was in another series called Oz on HBO and both series have allowed me the opportunity to really let my character grow.

I love it and it is a blessing to be able to have seventy five to eighty episodes to develop a character and find your voice. You have a similar through voice and yet you are making different decisions and so you act differently and you make different choices as that is what you character would do.

There is not better job as an actor than to do that so it has been a blessing and I have had a great time working on it.

- You have worked in TV and movies so how do the two mediums compare/differ? Do you have a favourite medium?

I don’t have a favourite. Every medium, and I am going to compare theatre in this as well as I have worked on stage a lot in New York and in London… you may have the luxury of a longer period of time to do a shorter piece and so you have time to work on the character.

TV is a lot faster so you learn a lot of different techniques to still create your performance in a controlled environment where speed is a necessity to get all of the episodes in and tell the story. In theatre you have four weeks of rehearsals to develop this character and you can go into it so deeply.

But once you are on stage it is live and you are sharing it with people and there is an excitement that is there. There is a different excitement whether it is film, TV or theatre there is a little variation in each one. All three mediums are wonderful.

- You have also moved into writing with 10-13 which will be your big directing debut so how excited at helming your own project?

It is very exciting because it is very terrifying (laughs). 10-13 is a play that I wrote a while back for my theatre company Labyrinth and we produced it on stage. It was an interesting experience to write a play and see it on stage.

Recently I have had the good fortune of having people interested in me translate it to a screenplay and allowing me to direct it and so I am in the process of translating the play to a screenplay.

It is the most difficult thing that I have ever done but I welcome it and I am challenged by it and I look forward to it.

- How much is behind the camera an area that you really want to explore?

Well I have never directed before and so it is going to be something new but I have had a lot of experience in being in front of the camera and I have observed a lot and I am always aware of what is going on.

I have tried to learn every single job and every aspect of every job behind the camera so I am going to give it a go and see how it goes.

We have just finished the seventh season of Dexter and there is going to be one more season. Then there is a movie called Junction that I shot last year and that will be released later this year.

It is an interesting and dark movie about Meth addicts - I seem to be attracted to dark projects (laughs). One day I would love to do a light comedy so we will see what happens. The rest as an actor you just have to go by what happens. 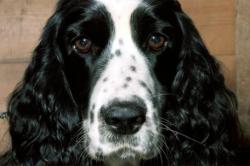 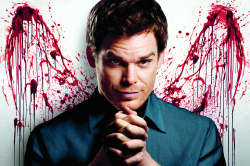