Se7en - From The Vault

Brad Pitt is an actor who has enjoyed a career that has already spanned thirty years and starred in some of Hollywood's biggest and best movies. 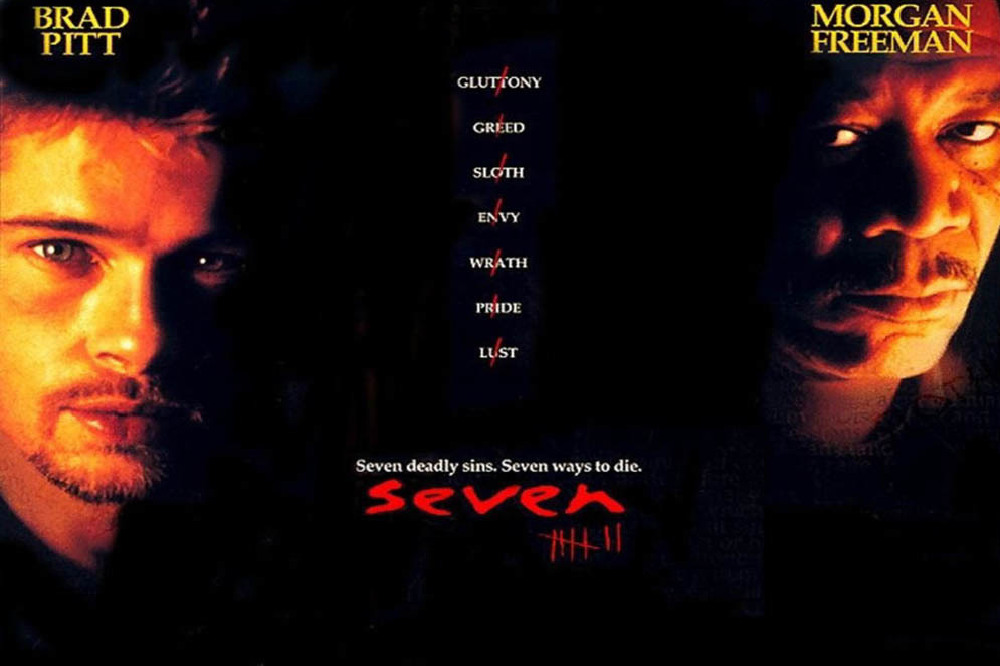 But when I look back over Pitt's career and all of the great movies he has made, Se7en is still up there as one of my favourites.

The psychological thriller also marked the return of David Fincher to the director's chair for only the second live-action feature film of his career; he had made his debut with Alien 3 in 1992.

It was to be the first of three movie collaborations between Fincher and Pitt; who would go on to work together on Fight Club and The Curious Case of Benjamin Button - the latter bagging Pitt a Best Actor Oscar nomination.

Pitt starred alongside Morgan Freeman as rookie cop Mills and veteran Somerset. The pair finds themselves on the hunt for a serial killer who is using the seven deadly sins as his weapon.

For me, Se7en remains one of my favourite Fincher films - I also think it is one of the best - as it is tense, atmospheric and brutal from the word go. Fincher notches up the tension and the suspense with every frame and every moment as Mills and Somerset inch closer to the killer and to danger.

This is a rather grim murder mystery that is not for the faint of heart but it is an intriguing story that draws the audience in deeper and deeper.

Se7en is sharply and intelligently written and the brooding atmosphere that Fincher creates really does hang over the whole film - making it a rather unsettling watch.

I love the chemistry between Freeman and Pitt as an old-timer and a new kid on the block with opposite and contrasting personalities. Mills throws himself into the case with no real sense of direction while Somerset has a more methodical process.

Se7en climaxes with a wonderful twist - it is a twist that still packs a huge punch no matter how many times that you see it.

Se7en is a realistic and brutal film that is truly riveting and will keep you on the edge of your seat.

The film went on to be both a critical and commercial hit, grossing over $327 million at the box office. It would end the year as the seventh highest grossing movie.

Both Pitt and Fincher have gone on to greater things in their careers, but Se7en remains one of their great early success stories.