To celebrate this national holiday, check out these movies that centre around money!

National Millionaire Day (20th May) may not be a day for everyone, but if you’ve come into some good fortune recently, got a new job, or simply fancy a good night in, why not sit back with some popcorn and watch some movies about cash? A popular movie in the year of its release (2008), Slumdog Millionaire tells the story of 18-year-old Jamal (Dev Patel) as he enters the Indian version of Who Wants to be a Millionaire? – only to be accused of cheating.

Jamal, as the title suggests, grew up in the slums, and in order to prove his innocence and win the cash prize, he must tell his story and reveal where he learned all the amazing facts that got him so close to winning the prize.

Each chapter in Jamal’s story reveals how he got to know the answer to each question in the game; he must show that he isn’t cheating and get the prize that he deserves. This is a brilliant underdog story like no other.

We’re The Millers is a comedy starring Jennifer Aniston, Jason Sudeikis, Will Poulter, and Emma Roberts.

David (Sudeikis) is a drug dealer who’s just had his stash stolen; now out of money and with no product to sell, David finds himself in an odd predicament with a drug lord.

Brad Gurdlinger (Ed Helms) tells David he must smuggle drugs back from Mexico to America to earn some money; how does David do it? He hires some kid from his building called Kenny (Poulter), an angry stripper called Rose (Anniston), and homeless girl Casey (Roberts) to pose as his family in order to not attract attention to himself during the journey.

They must pose as a classic American family in order to steal the drugs, hide it in their giant RV, and make it back to the States before Gurdlinger sells them out.

This film is full of ridiculous laughs and situations, making it a great movie-night choice!

The Wolf of Wall Street

Based on the true story of Jordan Belfort, starring Leonardo DiCaprio as Belfort himself, The Wolf of Wall Street is a story about drugs, gambling and becoming rich.

Belfort and his friend Donnie Azoff (Jonah Hill) teamed up and began brokerage from Stratton Oakmont. Very quickly, their small business grew from 20 employees to over 200, and their status within Wall Street increased also.

However, Belfort lets the money go to his head, as relationships begin to crumble and friendships break down. The more the business grows, so does Belfort’s and Azoff’s affliction for drugs and alcohol, creating some problems…

This film is a rage and drug-fuelled look into the life of Belfort, and not unlike his other performances, DiCaprio absolutely nails this role.

While the argument is still ongoing regarding whether or not 1988 movie Die Hard starring Bruce Willis is a Christmas film or not, what everyone can agree on, is that this movie is definitely about money.

While visiting his wife in Los Angeles (LA), a city he didn’t want to move to due to his job as a police officer, John McClane (Willis) tries to make amends by stopping in at her Christmas Eve party.

Shortly after his arrival, McClane learns that terrorists, lead by Hans Gruber (Alan Rickman), have taken hostages and are after the money the company keeps in their vault.

McClane rises to the occasion and desperately tries to stop these terrorists; with glass in his feet and his shirt gone from white to grey, our titular hero will stop at nothing to save his wife.

Based on a real heist in London in 1971, when a Lloyd’s bank was robbed; at the time, it was dubbed the ‘walkie-talkie bank job’, due to someone unintentionally hearing the robbers’ conversations.

Married man with kids, Terry Leather (Jason Statham) is in some deep financial trouble. Working as a car dealer, he’s not making enough money to get by. However, Martine Love (Saffron Burrows), a woman who had a thing for Terry in the past, proposes a heist.

As Terry gets a team together for the job, he is unaware that Martine doesn’t really need the money, she needs something else, something that will help her avoid a prison sentence…

Cameron Diaz stars in wacky comedy Bad Teacher, about a woman whose only focuses are money and materialistic possessions – will she learn to become less selfish?

Elizabeth Halsey’s (Diaz) fiancée has broken it off with her as she never cared about him, only his wealth. So, she is forced to take back her teaching job at a middle school. There, she is immediately interested in Scott (Justin Timberlake), as he comes from a very rich family.

While all she cares about is getting the money for her boob job, she actually comes to realise that Scott is a bit of a wet blanket, and maybe Russell (Jason Segal) is a better match for her, despite his lack of riches.

Elizabeth goes from money-grabbing and rude to caring but, still remains blunt and hilarious – a great film for a night in!

Four magicians, Daniel Atlas (Jesse Eisenberg), Merritt (Woody Harrelson), Henley (Isla Fisher), and Jack (Dave Franco), all receive mysterious invitations to what turns out to be the best choice they’ve ever made.

A year after their chance meeting, the group are now The Four Horsemen, famous and excellent magicians who sell out shows all over the world. Their goal? To rob a bank in front of a live audience.

As FBI agent Dylan Rhodes (Mark Ruffalo) tries to figure out how they apparently robbed this bank, his road to finding them is filled with tricks and illusions; The Four Horsemen continue to elude the agent as he comes up short again and again, as he fails to apprehend the famous artists. Will he ever catch up with them?

Books are flying out of publishers left right and centre this year, and we are absolutely ecstatic! Since it was recently National 'Girl, Me Too' Day (April 7th), we wanted to highlight some brilliant books that have come out, or are yet to come out, all written by talented female authors... 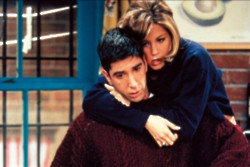 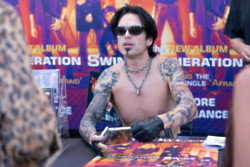