Released Ministry of Sound, 4th June 2007 Delirium album launch party Friday 8th June at Ministry of SoundTrance may have been out of the charts for a while but the scene in the UK is massive. One of its disciples is Dave Pearce, one the UKs most in demand DJs  known for his euphoric style of uplifting trance and hard dance, with the odd trademark anthem thrown in, his cult status as the UKs peoples DJ is unquestionable.After the success of Dance Anthems 2007, Dave Pearce releases Delirium- an album that veers away from the more commercially orientated and focuses solely on showcasing the underground trance, upfront tracks and up and coming producers that are breaking through. After a string of top 10 dance hits on his Nulife label with BMG and two top five Dance Anthems compilations in the last seven months, Pearce took a break from the record industry to refocus on djing, picking up a loyal following of trance fans across Europe. Pearce says "I've been wanting to do this project for ages but now I think the market is right to launch this new underground series especially now there are so many great new producers and djs out there, Im delighted to bring them to the masses. Mixed live by the man himself, Delirium digs deep to find the sounds and tracks that will explode in the not too distant future. Stars in the underground trance scene like the Ukrs, Adam Sheridan, Simon Patterson and Adam White, along side European favourites Sean Tyas and Robert Nickson illustrate the depth of talent.CD1 mixes tracks like the soon to be massive Filo and Peri feat Lumiere Anthem an epic, peak-time/main-room, techno-trance annihilator and Adam Whites Never Tell What You Think hitting hard stomper. CD2 mixes 'Heaven Scent', one of the tracks that defined the progressive genre getting the Greg Downey treatment with cutting synths and bass heavy baselines as well as Outsider where the awesome vocals of Kirsty Hawkshaw add the perfect edge to the progressive trancer. 2007 sees Dave Pearce and Delirium enter a new era where the trance underground scene takes precedence and showcasing talent and massive tracks is the main aim, a must have for all trance fans. Dave Pearce 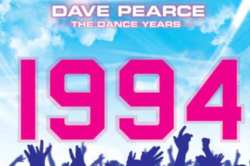