Since releasing their debut EP ‘100% No Modern Talking’ in December 2011, the past 4 months have been a whirlwind of success for Knife Party.

The four tracks that make up ‘100% No Modern Talking’, which racked up over 50,000 downloads in less than 12 hours on the day of its release, have now received over 500,000 downloads worldwide.

The seminal hit ‘Internet Friends’ has also had over 6 million plays on YouTube. Despite being available for free on the Knife Party web-site the EP also broke the iTunes Top Ten charts in both the UK and Australia as well as reaching No.1 in the Beatport Releases chart.

The EP also received unprecedented support from tastemakers and club DJ’s the world over. Knife Party have also been involved in arguably one of the biggest cross over dance hits of the year ‘Antidote’ their collaboration with Swedish House Mafia broke the Top Ten in official singles charts all across the globe.

Never ones to rest on their laurels, since the release of ‘100% No Modern Talking’, Rob Swire and Gareth McGrillen have been tirelessly DJ-ing all around the world.

In March they curated their own Earstorm stage at Australia’s Future Music Festival, bringing together some of their favourite acts of the moment to play on what was undoubtedly one of the most talked about stages at the festival.

They flew straight from Future Music Festival to the States where they embarked on a US tour, taking in 10 dates, including huge shows in Las Vegas, New York, SXSW Festival and finishing on the main stage at Ultra Music Festival where they played in front of 100,000 people.

In between their busy DJ schedule Knife Party have also been prolific in writing and producing new music on the road, and as a result at the end of this month they will release their eagerly anticipated follow up EP, ‘Rage Valley’ which will consist of four tracks: ‘Centipede’, ‘Bonfire’ ‘Fuck Em’ and ‘Sleaze’. 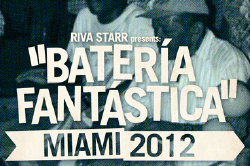