With the news last week that A$AP Rocky wants to work with Jessie Ware on upcoming music, we thought that not only does this sound a tremendously odd combination, but that it could in fact be rather brilliant.

So in the spirit of oddly fantastic alliances, we decided to look back at some of the strangest combinations in music and see if they were able to pull of the meld or not.

Largely regarded as the first time hip-hop crossed paths with another genre, this coming together of powers is still utterly compelling nearly three decades after its launch.

The reason why this collaboration works so well is the level of care taken by both artists. Both were at the top of their game, and thanks to some clever mixing

Wonderfully inventive, massively catchy and pretty much time proof, this is still one of the greatest and weirdest combinations of modern music.

While they may have only worked together on a Christmas novelty song, these were still two of the most diametrically opposed artists out there in the seventies. Bowie was pushing boundaries and inventing genres in his own homogenous way, while Crosby was at the end of his career.

Recorded only a month before Crosby’s death, this is a Yuletide duo that wasn’t going to happen until the songs were frantically re-tooled to Bowie’s liking. The changes though are fantastically successful, with the resulting tune one of the best Christmas collaborations out there.

The song was actually only released as a single five years after the song was originally broadcast on Crosby’s Christmas special TV show in 1977 and has since become a Holiday classic.

Two names you never thought would ever be seen together on the same CD cover, this combination happened with both of the singers at the heights of their late nineties powers.

Unsurprisingly, a combination of R Kelly and Celine Dion reverts to a rather snooze inducing and over dramatic ballad and never really manages to raise your pulse, no matter how many times the two compete as to who can hold the loudest, longest note.

Despite that, the song still got to number one in the American charts, got into top tens all around Europe and somehow found itself nominated for a Grammy.

At the turn of the century, Eminem was quickly becoming the biggest name in hip-hop. Completely fresh, angry and with an anarchic sense of humour, he had climbed to the top of the charts both in the UK and the US.

So when he decided to sample an unknown, low fi singer from the UK for the chorus to a track off his second album named Stan, few would have thought the combination would be so perfect as it became.

While possibly even topped by performing the track with Elton John at the 2001 Grammys, this combination was definitely one that came good, with Dido’s vocals perfectly emphasizing the pain and suffering in Eminem’s rhymes.

While the first two coming together was a little odd, it at least fitted with Will.I.Am’s mantra of working with some of the biggest female vocalists out there. It’s the combination of the Black Eyed Peas frontman and the Rolling Stones singer is the utterly bizarre combination.

It’s only made odder and far worse when you actually hear the resulting track. A terrible, nearly spoken word section of the track that has Jagger simply repeating the double entendre laden chorus to the point of insanity, it’s just embarrassing and painful for all involved.

While most of the collaborations on our list only last for a single song, this was a whole EP’s worth of oddity. Collision Course could also be considered just a mash-up, but the heavy involvement of both parties puts it so much higher up the food chain than most bedroom constructed creations.

Creating a set of six tracks that completely reinterpreted each, the EP’s killer app was Numb/Encore, a fantastic collaboration.

The end result was an incredibly slick product that went some way to solving the problems with Linkin Park’s music and offered something musically different to both sets of fans.

Not just two, but three artists collided here, and we couldn’t think of three more different female solo artists out there.

Trying to weld bubblegum hop with both Nicki Minaj’s and MIA’s styles of rap just feels crowbarred, with the latter two artists just feeling forced in for the point of them being there. It doesn’t feel like a natural fit or ever compliment the Madonna track.

It doesn’t help that Madonna’s baseline track is just rather dull and perfunctory and feels simply forced out just so she'd have something new for the Superborl half time show.

The end result though is just another testimonial as to why Madonna should just bow out gracefully or re-invent herself once more instead of painfully trying to be cool and hip.

Any combinations that made you wonder how the heck they came together? Let us know in the comments section. 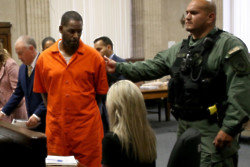 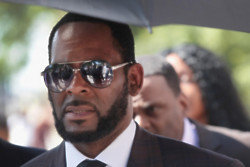 R Kelly’s victims give impact statements ahead of his sentencing