With the release of their new EP, ARXX open up to Female First all about their career to-date.

Following the release of their brilliant new single and EP, we got the opportunity to put some questions to Brighton duo ARXX, finding out a little bit more about their goals and ambitions, influences and inspirations, and more, in a new and exclusive interview. 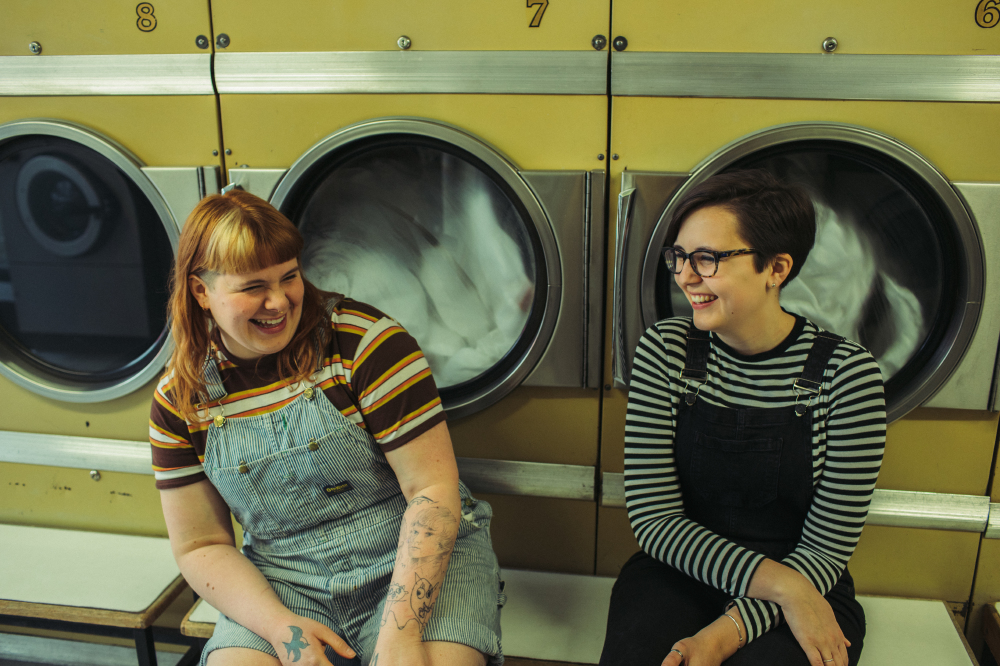 ARXX's new EP 'Daughters Of Daughters' is out now

ARXX are a female garage rock duo. We combine the angst of punk with infectious melodies bold riffs, and raw energy.

As female artists, you’re always going to struggle a bit to be taken seriously. We’re very lucky that there are such inclusive scenes in Brighton and London, but there’s no doubting it’s a bubble. We’ve experienced quite a bit of sexist treatment, where people – e.g. sound engineers and promoters – have been really patronising and assumed we don’t know what we’re doing because we’re women playing music. A lot of the issue is that the industry is so male dominated from the ground up, we would love to see more diversity especially in the tech side of things.

Also as an artist starting out now, at a time where development deals aren’t a thing anymore, it can be really tough to navigate yourself and be your own manager. It’s hard to know what the next step should be and who to trust. People are always trying to catch you out and spend your money.

How difficult then would you say this career path is in terms of making a name for yourself?

There’s no two ways about it, it’s super hard. To be in a place with a great music scene like Brighton or London, you have to deal with being in a massively oversaturated environment. There’s so many bands now, and getting noticed is harder than ever so you have to have something about you. You have to be so sure of what you are and what you’re doing, and always keep going.

Incredibly important! When you strip everything away, we’re about the songs, so we have to protect that. Branding a band is also becoming increasingly important. You have to think of yourself as a product, and therefore what you want to stand for.

I (Hannah, songwriter) have so many influences it’s absurd, but the two biggest influences on my songwriting are definitely Kate Nash and Bright Eyes. Listening to Kate Nash’s Made Of Bricks taught me how to write music. Deap Vally are also a massive influence; I remember seeing them and that’s when it clicked that we didn’t need any more members because they managed to create so much ith just two people. The Daughters of Daughters EP is massively influenced by the music my Mum played me when I was younger – hence the name. She showed me a lot of country music like The Dixie Chicks, Dolly Parton, and John Denver. Country music has a lot of badass female icons which is super cool and it always has really strong melodies. The anger and loudness in our music comes from the fact that I use music as an outlet for a lot of my emotions, so it’s largely influenced by my own personal experiences and mental health.

We used to play shows together but we were in separate bands. We are both obsessed with Vans. Hannah has alpacas and Shetland ponies. We’re massive fans of Alex Parks.

Our biggest aim is to make music a viable career, where we don’t have to work in retail anymore. We’d love to tour worldwide and get a really niche following in an obscure tiny country. There’s a few places we’d love to play: Glastonbury SXSW, Concorde 2, and The Kentish Town Forum.

Hopefully on tour, making bigger steps, playing to bigger crowds, writing better songs, and loving it as much as we do now.

Right now we’re really focused on playing shows, and building our stamina and our following before going on tour in the summer. We’re really pushing our new EP that launched on February 23, and we’re starting working on a music vieo. We’re also getting enamel pins! Keep up-to-date with it all at www.arxxband.com.

ARXX’s new EP Daughters Of Daughters is out now, alongside single Tired Of You.