Dublin band BARQ have already seen some big success throughout the past couple of years, with their brilliant Gentle Kind Of Lies release back in 2016, and last year’s Optimus Prime. Now, they’re back with a brand new double A-side single release, so we caught up with the group to find out a little bit more about their inspirations, working in the music industry, and more. 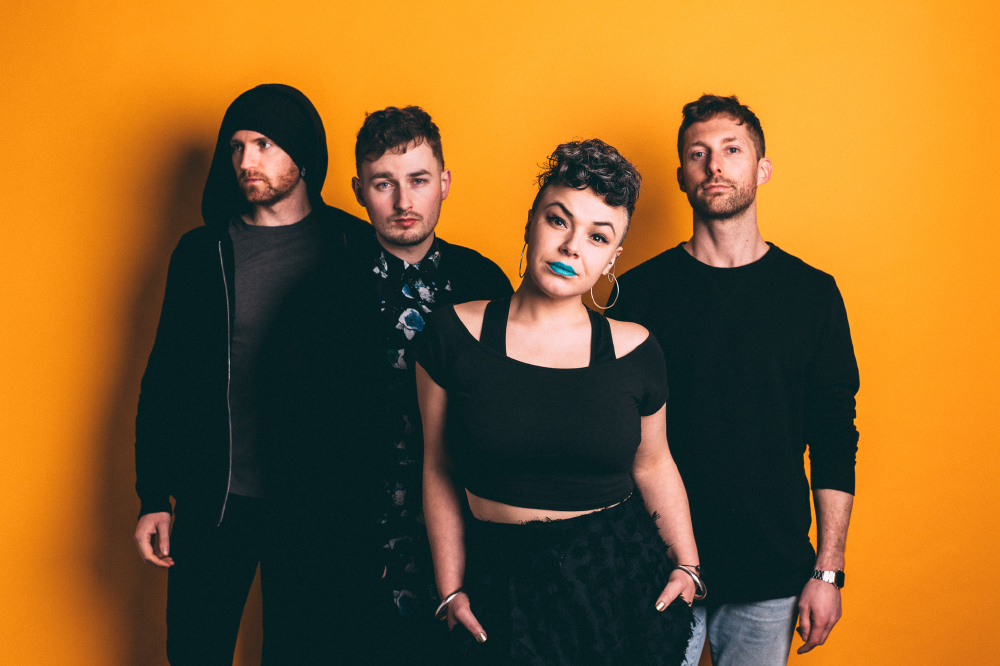 We are a mega high energy four piece, shoving groove into the belly of the rock beast and creating “agrosoul”. Think Hiatus Kaiyote meets Erykah Badu, with a healthy dose of hip-hop influences.

In this climate all musicians have to be multi-faceted in their skills. It takes a lot of time to build your brand and to produce an excellent show for fans, while also producing great songs that we are all proud of. Time sometimes isn’t on your side, therefore it can be a challenge to maintain everything at its highest level while keeping things on schedule.

Jess: As a woman, it is hard to be perceived as an equal by your peers. Now that I am more established as a vocalist, I find it easier to be respected within creative or musical environments, but when I was younger and emerging, it was an issue. That can really take its toll on your self-esteem and put a spanner in the works of your creative endeavours. I am now in an empowering headspace where I give zero f***s, but it has taken a while to get here!

Hugely important! We feel that we’ve created a sound and style that is very distinctively on our own and the fact that we have always had total creative control over our work is the main reason for that. It would be very difficult to imagine a scenario where we would have to alter our vision for reasons that weren’t entirely based on the quality of the music we were producing.

Musically we’d be hugely influenced by a lot of the fantastic music that’s being released at the moment by artists like Kendrick Lamar, Thundercat, Hiatus Kaiyote, Radiohead, The Internet, etc. The ridiculously high quality of music being created by Irish acts is also a constant source of inspiration, for so many of our contemporaries to be regularly producing amazing work is definitely something that keeps us grounded as well as working hard!

Jess: Lyrically, I tend to get a lot of inspiration from dreams and personal experiences. I have a notebook by my bed, I take the legible bits and transfer them to my lyrics book and bring them into the rehearsal room. Many of my subconscious mutterings end up in our songs. Our new single Sassy Mouth was influenced by the cultural sea-change in Irish society. People are becoming more vocal about political and social change; it’s an incredibly exciting and inspiring time to be young in Ireland. This is naturally seeping into our own music.

We would like to… Do all the music for the next Kendrick Lamar album, go on tour supporting Hiatus Kaiyote, live in a big house recording music with Radiohead, then retire to the countryside to make cheese with Blur. Or something like that!

Our bass player Neil doesn’t have an opposable thumb! It’s why he’s such a bad ass at slapping. True story.

Build an army of fans, tour the world, and create music we’re all proud of!

We’d hope to be listening to the final mastered tracks of our debut album and be feeling extremely happy with the results!

We’ve got two singles coming out [they were released March 20; Sassy Mouth and Earthquakes], with a celebratory gig in Whelan’s of Dublin [which took place March 24]. That is going to keep us very busy for the next month or so, then it’s straight into the beginning of festival season. Yeow!