10 things Alice's Night Circus wants YOU to know about HER!

Following the release of her brilliant new album Metamorphose, we got the ringmaster of Alice's Night Circus, Julia Scott to open up and let us in on 10 things she'd like all of her fans, old and new, to know about her! Read on to find out what she revealed... 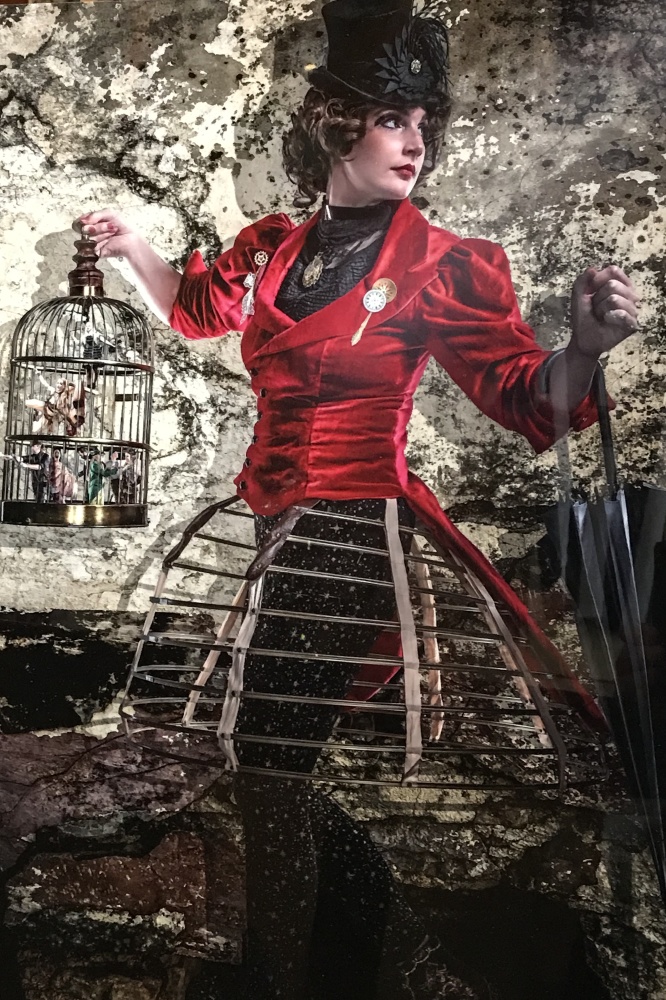 1. I was born in Sheffield, a town with such amazing historical roots which always inspire my imagination and is also where I recorded my debut album, called Metamorphose. I chose the name Metamorphose because it means changing from one form to another and this album was about me finding my sound and my message and who I wanted to be.

2. Walt Disney World is my favourite place in the world, I just love Alice in Wonderland and never tire of the Mad Hatter’s Tea Party garden, would love to have tea there! I’m also a big fan of spooky creepy things and The Haunted Mansion and Tower of Terror are my happy places!

3. As a kid I wanted to go into stop motion animation after I fell in love with Tim Burton’s The Nightmare Before Christmas. The father of one of my friends actually worked on the movie and he had one of the puppets in his office. I was completely fascinated by it!

4. I make my own stage costumes and clothing – although self taught my costumes play a big role in my life and help me create my music as a character in ‘Alice’s Night Circus’. Once I pull on an outfit I know Alice’s has entered the building.

5. My songs are inspired by everything from personal experience to my favourite tv shows – some of my particular favourite shows include Black Mirror and The Expanse.

6. My favourite current musicians are IAMX, Florence + The Machine and Danny Elfman.

7. I suffer from an invisible illness – suffering from M.E. has given me many challenges but I want to help others and my lyrics in ‘Stand Up’ show how I am using this in a positive way.

8. I’m afraid of moths and telephones – unusual I know! I developed a phobia of telephones alongside my M.E. and was surprised to find out other sufferers also developed phone phobias along with their condition. The moth thing is because they’re fluttery and seem to target my face personally!

9. I’m part of an incredibly creative subculture called Steampunk – a fantastical world of amazing characters and influences, which plays such strong role in my work. I am also featured in the fine art photographer Gary Nicholls amazing book The Imaginarium, http://www.imaginariumtrilogy.co.uk/ which is out now and has been a huge honour to be part of and such fun!

10. The Alice’s Night Circus name is inspired by my love for Alice in Wonderland and the fantastical and strange world it represents combined with my love of the theatricality of the circus encapsulated by Cirque du Soleil.