Electronic solo artist K V A S I R is bringing his talents and immersive dance music to an all-new audience with the upcoming release of his debut self-titled EP. 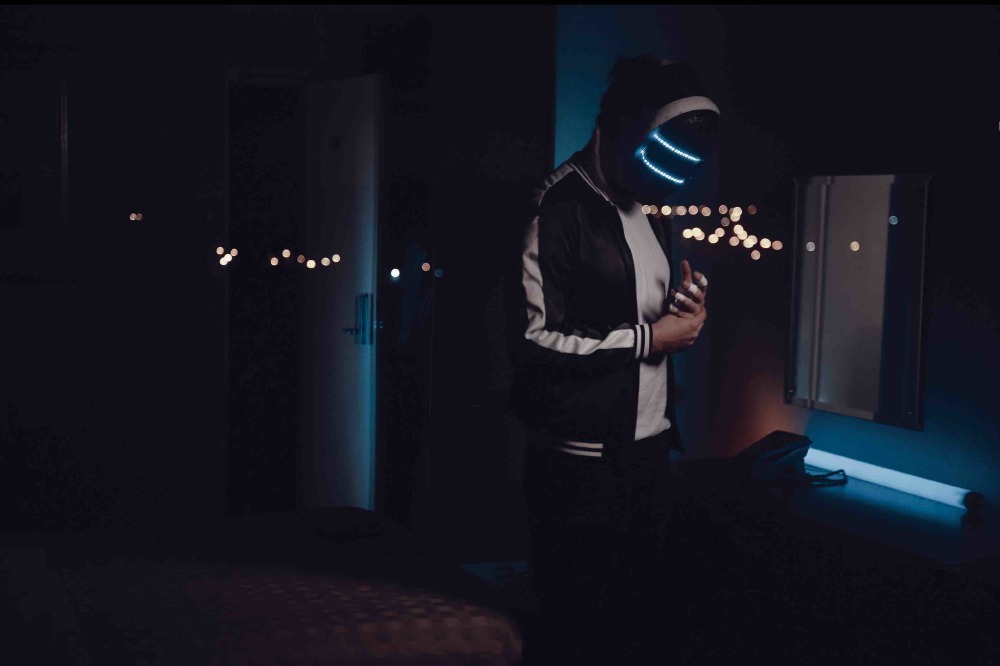 We got the chance to put some questions to K V A S I R all about his career to-date, challenges in the industry and more…

It's electronic dance music married to dream-like synths, human vocals and driving beats. Someone called it 'euphoric techno-pop' and I was really happy with that.

I think like a lot of artists trying to promote their own new material, the biggest challenge has been sustaining that burst of excitement you feel when you write and record your tracks.

When it comes time to release your material, you come to a lot of doors marked 'answers', but when you open them most of them lead to more corridors of uncertainty. It's as if every model for promoting music is being rewritten daily. I suppose it has to keep pace with how people consume music and that's always changing.

We can't live in that bubble of local music anymore - globalisation means every song, every album is competing with artists across the world; and that's no bad thing. It's a kick to know someone in Brisbane is listening to your tracks at the same time as someone in Stockholm but that means you have to make sure everything you put out is the absolute best you can do. The second it uploads it's there for all to hear; that's a strange and exciting feeling.

It's one of the main reasons I chose to be K V A S I R. I've performed and produced for a lot of people which I love, but there came a point where I just wanted to use sounds I could hear in my head; write lyrics and melodies I could feel and perform in a way I could control. I've helped produce hundreds of tracks for other artists but to create these first four for myself was a real buzz.

The city at night seems to be the place where I get most of my ideas. I take walks at night with my headphones on - it focuses my mind and there are stories at every turn. The sounds and the lights inspire everything I do; light is so important to K V A S I R.

I'd love to work with Cliff Martinez. I watched the Steven Soderbergh series The Knick and the music was insanely good. It was about a 1900s hospital in New York and was juxtaposed with this minimal, modern synth soundtrack. After the first episode, I got online and found out everything I could about Cliff Martinez. It was no surprise to find that he was behind some of the most ground-breaking soundtracks - including the original score for Drive, which was hard to separate from the soundtrack's songs that seeped directly into the mainstream when that movie came out. That changed the perception of electronic music for years! It stopped people saying, 'that's a bit 80s', and instead had them referencing Drive.

Wearing my fencing mask means that I get to go back into gigs I've played and soak up good and bad reviews with complete anonymity. That sometimes means hearing people refer to you as 'Daft Punk s**te' - but that is more than OK!

K V A S I R was and will always be about writing music I want to write, playing shows I want to play and as long as I can keep doing that I'll be ecstatic. Careers seem like fleeting objects these days so I wouldn't consider music a career in that sense - I could never abandon music and I hope it never abandons me.

I hope to be working on my first album - I have another EP due to release on the back of this first release. I'm hoping that the right label gets in touch to help me out with the harder parts of the journey and that I get to perform in the places I feel my music would be suited. It's easier to list the places I don't want to go to!

This first track I've released is the final track on the EP. The single 'Motion' is coming out with the EP on November 4 with the video premiering mid-October. The video has been exciting, exhilarating and exhausting in equal measure, but I'm hoping everyone loves it! I'll be promoting the EP with a few select live shows and a launch party.

Self-titled EP 'K V A S I R' will be released on November 4 via KV10 Records.