From ambitions to inspirations, Nele, of Nele Needs A Holiday, lets fans in on some of the most interesting aspects of her career in the music industry.

This week we’ve got another fantastic exclusive interview for you, as we got to put some questions to the fabulous Nele, of Nele Needs A Holiday! In days where it’s rare to find an all-girl band, we think this retro outfit are one of the most exciting we’ve seen for some time. Find out what Nele had to say about inspirations, ambitions and more below… 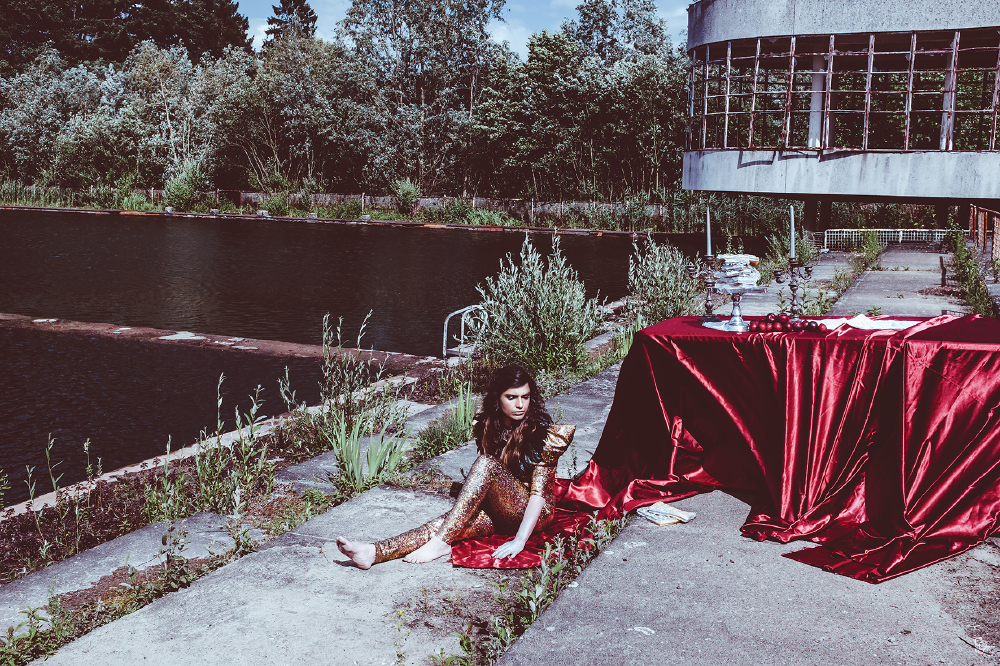 Dramatic pop songs. It’s like musical theatre, without the theatre. I mostly sing about failure. If you’re a dramatic loser, you’ll probably like my tunes.

There’s this horrendous thing called pay-to-play. Artists paying venues to be allowed to play a concert; who on earth invented that?

When I moved to London, I was shocked when I found out about it. I never played any concerts where I had to pay to do so, but especially in the beginning I hardly ever got paid for my music, and I went home having spent a lot of money on drinks. I’ve played in about every dark corner in every shady pub in London. If you can survive that, you can do anything. I’m never afraid anymore.

If you are first starting out, it’s hard to tell who is genuinely interested in your music, and who wants to make you an “interesting proposal”, which basically comes down to taking your money. Usually, if people want to do everything by phone and are not writing any emails, it’s tricky. If they use the word “amazing” too much, run away.

You have to shout for years, and when you finally get people to listen, you can start whispering. I’m still shouting. Making a name for yourself is largely done online, I guess, but the problem with that is that the internet is a bottomless pit. You can spend the rest of your life only promoting yourself online, morning to evening, and not doing anything else with your life. But I would rather write songs than tweets. Also, who is going to come to your gigs if everybody is so busy checking their phones? The hardest thing is to get people out of their sofas and into the venue. I’ll take it from there.

How important is it for you to have creative control over the work you put out?

I’m neurotic and it’s getting worse and worse. For my last album, I had made very detailed demos in Logic, I had written lines for every instrument. But the very last moment, I decided to throw them all away. I was going to record with absolutely brilliant world-class musicians, who was I to tell them what to play? So I went into the studio with guide tracks of only vocals and chords. It was probably one of the bravest decisions I’ve made in my career: to trust other people. Recording the album was a very intense process, every day another mood. You can really feel that in the album, it has become this strange eclectic thing of beauty. Like having a child that turned out a little bit different than you expected. You love it to bits, but when you look at it you think, “how on earth did I make you?”

Inspiration comes from sadness and frustration, mostly. Whenever something goes wrong in my life, lyrics just fall into my head, and I start writing. I’m very grateful for that, I never have to put too much effort into coming up with song.

Revenge is a good inspiration, too. Actually, it’s fair to say that most of my songs are writing to get back at one ex or the other. I’m not in it for the fame, I’m not in it for the money, I just want my exes to feel really sorry. This probably makes me sound like a horrible person. Still, there are worse things I could do. Writing a song is the kindest possible revenge.

Tell us about the experience of filming your latest music video for ‘We’ll See’.

The song is about three romantic words that are all too often said in modern relationships. Not ‘I Love You’, but ‘We Will See’ – words that signalise how hard it is to commit to anyone, ‘cause you still have the feeling there might be someone else, someone better, just around the corner. You just have to pick up your phone and swipe a few fellows on Tinder. How on earth can you connect to one person if it’s that easy to find the next one? I still don’t know.

I worked with Kim Vandenbergh; she is a brilliant director who made all my videos. We were thinking about what romantic relationships might look like in the future, and she and Kristof Van Den Bergh came up with the idea of a lonely rich woman living together with a robot. Relationships might be going in that direction, who knows? It’s so tricky to fall in love. If you could eliminate the risk that comes with it, would you? A robot will never break your heart.

Which artists’ work have you been enjoying lately?

I’m really happy tUnE-yArDs has a new album out, she’s so badass.

I would love to record a duet with Neil Hannon from The Divine Comedy. I love how he sings. I also want to record his voice saying “good night, Nele”, and listen to that every night before falling asleep. It might help with my insomnia.

I have a theatre background, and I keep looking for ways to combine lyrics, dialogues, and music. I’d love to make a musical TV series, with a lot of dancing. I’m a great dancer in my dreams. I’m writing on a self-titled musical right now; it’s going to be ace.

I’ve written a musical and it’s a hit. I’m happy. I’m not pregnant. I’m playing concerts for people who know my lyrics by heart. On another note, I hope I’ll still be allowed to live in the UK this time next year!

I’m playing at Latitude! Come and see me!

Nele Needs A Holiday’s fantastic album ‘Love Yeah’ is available to stream and download now. Find out more at http://www.neleneedsaholiday.com/