Ric Neale discusses his new album, being a father and more [EXCLUSIVE]

Ric Neale's new album 'Lullabies For Parents' is out now, so we caught up with the singer-songwriter to find out a little bit more about the record, and what it takes to be a father.

Family man Ric Neale is one of the most versatile singer-songwriters of the modern day, and returned a little earlier this month with his brilliant new album Lullabies For Parents. Born out of parenthood, the record is an amalgamation of emotions and feelings surrounding what it takes to be a father; something that isn’t written about all that often in the music business. Following release, we got some time with Ric to discuss his new collection of tracks, the best things about being a dad and more. Read on to find out what he had to say. 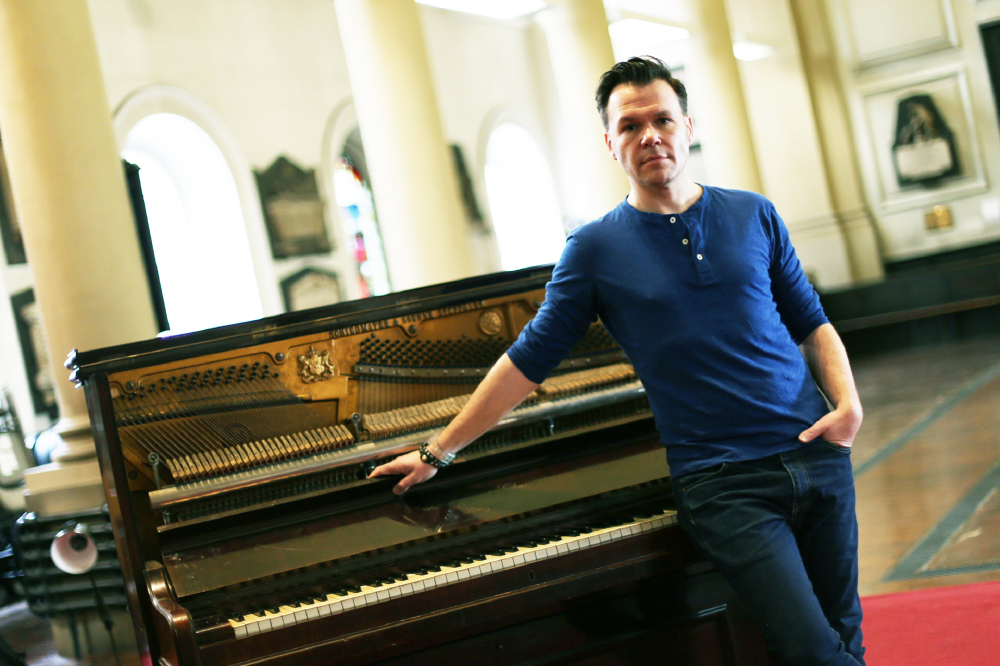 Ric Neale's new album 'Lullabies For Parents' is out now

What can you tell us about the creative process surrounding your new album Lullabies For Parents?

After a really tough day of parenting and a very sleepless night when my daughter was teething I went to walk the dog and realised there wasn’t any music to listen to, to make me feel better. There are a few songs about having kids but they’re often pretty saccharine. I wanted to try and capture ALL of what parenting means to me – it’s amazing but tough; the highs are high but the lows can be agony…

As a father yourself, how much of your personal experience has gone into making this record?

All the songs come from my personal experience; I’ve made the record as authentic as possible whilst making it accessible to all parents. I steered clear of talking about my wife too much as a lot of families have single parents, and I also avoided talking about how much my kids look like me (they really do, it’s weird frankly) as a lot of parents have adopted children – in fact I even reference that on the opening track. The song that I “feel” the most when I’m playing it though is called Asleep In The Car and it’s about a time when I was driving back from my parents last Christmas and both kids, my wife, and even our dog were fast asleep and I realised that it’s the only time since the kids arrived that I was even slightly in control of what was going on.

Fans have already heard lead single Round The Outside; how did you find the response to that track?

The response has been really positive; I’ve been playing it live for a while now and it always goes down well. I often find that when something is really hard to play (which that song definitely is), audiences response really well as they can somehow feel the effort. Also the lyrics, especially at the end, are pretty emotional.

What are some of the most rewarding things about being a parent?

That’s a tough question but I would say that whenever the kids are kind – which is fortunately quite often – I usually well up (because I am pathetic). Sometimes it’ll be because they’re kind to each other; sometimes they’re friends and often just the people we meet when we’re out on our Dad adventure (or “Dadventures” as we call them). I also just love it when they are totally lost in laughter, so much so that they can barely catch their breath.

Where do you think the biggest challenges come from when you’re a parent?

It’s unrelenting; there is never a break or a day off. My wife and I decided to work less and do the parenting ourselves rather than sending them into childcare, we were lucky we had that option. So right now, in every moment we’re either working or parenting a two-year-old and a five-year-old and if I have a late gig, then I have to drive back through the night and do the school run and a toddler group; it’s really difficult.

Parenthood is actually something not written about in music often; why do you think that is?

To be honest I think people don’t write about it because making music is time consuming and when you have kids you don’t have any time. When the kids were born I changed the way I approached my own music to reflect the amount of time I was going to have; I stopped working with a band and concentrated on doing everything with just voice and piano. That has meant that I can lavish time on the songwriting – which is definitely my favourite bit – on dog walks or when the kids are in bed, but the recording, which takes most bands months, I can do quickly; this album was recorded in two days.

Aside from being a father, where else do you draw inspiration from for your work?

From everywhere to be honest. As well as writing for myself I also write for theatre a fair bit, which I really enjoy because I’m often writing someone else’s story. These days just an interesting turn of phrase is all I need to get started and then I let it percolate in my head until I get chance to get onto the piano.

You’re no stranger to the world of music; what is it about this industry that you love so much?

I don’t really like the word “industry” that much; young musicians use it all the time and I fully understand how important it is to have a good team around you to support your music, however, for me the bit I love is getting up in front of a bunch of friends and strangers and playing my songs. It’s the only thing I’ve ever really found where I feel entirely at home.

Will you be embarking on a tour in support of the album in the near future?

I’d really like to but it depends how the album is received. I’d love to do some shows with a crèche in a separate room so that parents can drop off the kids for an hour and come and hear the songs performed, but at this point I’ve just not had the time to organise it. I think that would be really cool though.

What do you hope people take away from this new record?

The main thing I want for people to take away is that they aren’t alone. I’ve said it many times but whenever I was falling in love, or my heart was getting broken there have always been millions of songs to listen to that keep me in good company, that isn’t true of parenting which can be really tough, not just the lack of sleep, but emotionally you are constantly having to question yourself and compromise your own needs – I hope that if parents can listen to this after the kids have gone to sleep then they’ll realise that there is at least one parent other than themselves who is just as broken as they are.

Aside from the new album, what should we expect from you in the coming months?

Hopefully a bit of a break; I’ve had a really busy year and aside from parenting and making this record I wrote a musical called Dancing Bear with Jamie Fletcher and Company that was on at The Palace Theatre in Manchester and The West Yorkshire Playhouse in Leeds. That took a lot of energy, as well as a show called Never Worn about an Ernest Hemmingway short story. Also, summer is one of the few times that the whole family are together; because my wife and I work on opposite days it does feel like we’re ships that pass in the night so a bit of time with the whole gang would be nice.

Ric Neale’s new album Lullabies For Parents is out now.