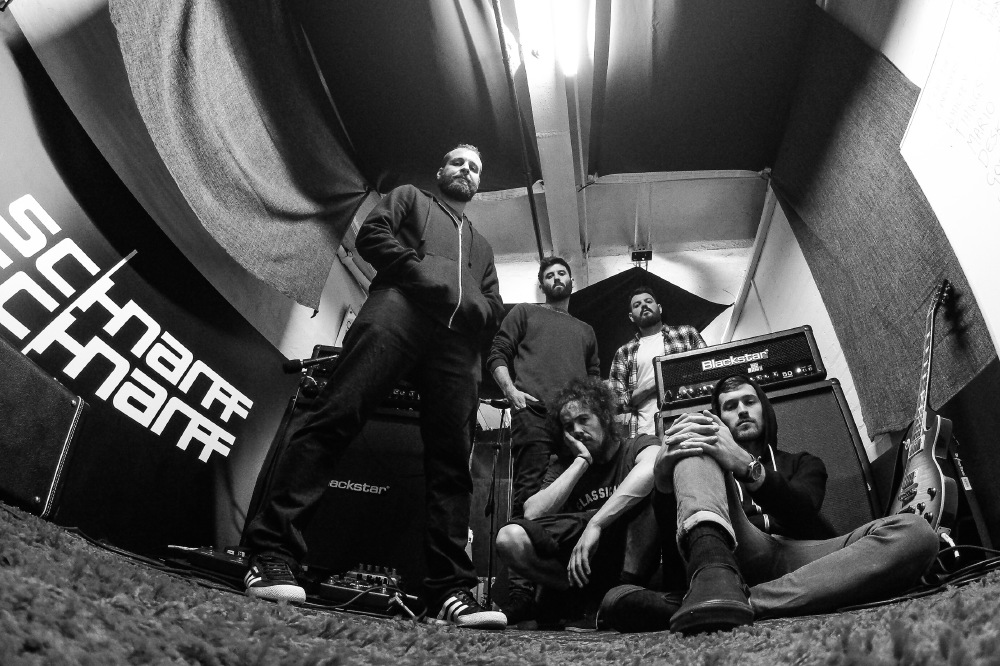 We got the chance to put some questions to Richard of the band to find out a little more about them, their aspirations and such. Read on to find out what they had to say...

We have been described as Staccato-Grunge-Pop. With influences such as Nirvana and the Pixies, we certainly have the grunge element to our sound. Bands such as the Deftones, Manchester Orchestra and Brand New have also influenced us but we believe our sound is a pretty fresh approach to the grunge-rock genre.

We are pretty much doing everything ourselves via our own label Black Dug Records, so every day is a school day full of challenges for us. We have had to work tirelessly to get where we are now, but it's all worth it just to get even one more person getting in touch to say they like our music. A big challenge is knowing which people/companies to use when needing help for things such as promotion. We are on the right path now but we got stung recently as a result of our naivety. I shall say no more about that though!

It is extremely difficult! Without the right backing you really have no chance. We have been lucky enough to have some important names in the music scene in Scotland supporting our music for a while now, which we are extremely grateful for, and that helps massively. Of course, you need to have the music firstly, but a little bit of support from a radio DJ, for example, can go a long way.

It is vital. You hear of bands getting bigger record deals and immediately are put to work with songwriters. We have great belief in our own music and I would imagine it would feel like cheating going out and performing songs other people had written for you. There is no greater buzz than performing a new song that you have worked on for a while and you get a great crowd reaction.

All five members of the band have different influences and that really helps us to create the music we do. We always find it interesting talking to people who are new to our music and hearing the influences they hear. A lot of the time they mention bands we have not even heard of! Generally, we all listened to Nirvana, Rage Against the Machine, Deftones and the Pixies but we feel it's imperative to have great hooks and The Beatles, Fleetwood Mac and greats bands such as them can not be ignored when mentioning our influences. That will be where the 'pop' part of the 'staccato-grunge-pop' description would probably come from.

There are so many incredible musicians and vocalists out there that we almost idolise so this is pretty difficult. The Deftones song 'Passenger' has guest vocals from Tool singer Maynard James Keenan and I remember the first time I heard it and thinking how incredible it was having these two brilliant vocalists on the same song. A little guest vocal on one of our songs from Chino (Deftones) or Maynard would be pretty damn cool.

Myles the singer sleep-walks and can often be found sound asleep, sat upright dealing cards to no one on his bed.

We absolutely love what we do so the main aim for us is to be able to just play music full-time and not have to work any other jobs to subsidise it. That is the dream for us!

This time next year we really hope to have all the big festivals lined up for the summer. It would be incredible to play festivals such as Leeds and Reading, Download and Glastonbury. We feel that we are getting better and better all the time so I think that would be a real step forward for us. It would also be great to get on a tour with a bigger band and play to different crowds each night in different cities. These are definitely things we hope the next year has in store for us.

It is a very exciting time for us right now. Our album is complete and we have now started the promotion campaign before the release on September 9. We have just recently released a free stream and download of the song 'Mario 1-2', from the album, online to give people a small taste of what is to come. We are delighted with the album and can not wait to get it out to everyone!

Keep up-to-date with the group online at schnarffschnarff.com, or on Twitter @SchnarffBeys and on Facebook at facebook.com/SchnarffSchnarff

New album 'The evil that we do...' is officially released on September 9 via Black Dug Records.