Scott Swain discusses his upcoming debut solo EP, as well as his inspirations, creativity, and more.

Set to drop his debut solo EP Goodbye Country, Goodbye Home on May 20, 2018, singer/songwriter Scott Swain is excited to show the world what he's made of. Ahead of the release, we got the opportunity to put some quick questions to Scott all about his sound, inspirations, and more. Read on to find out what he had to say... 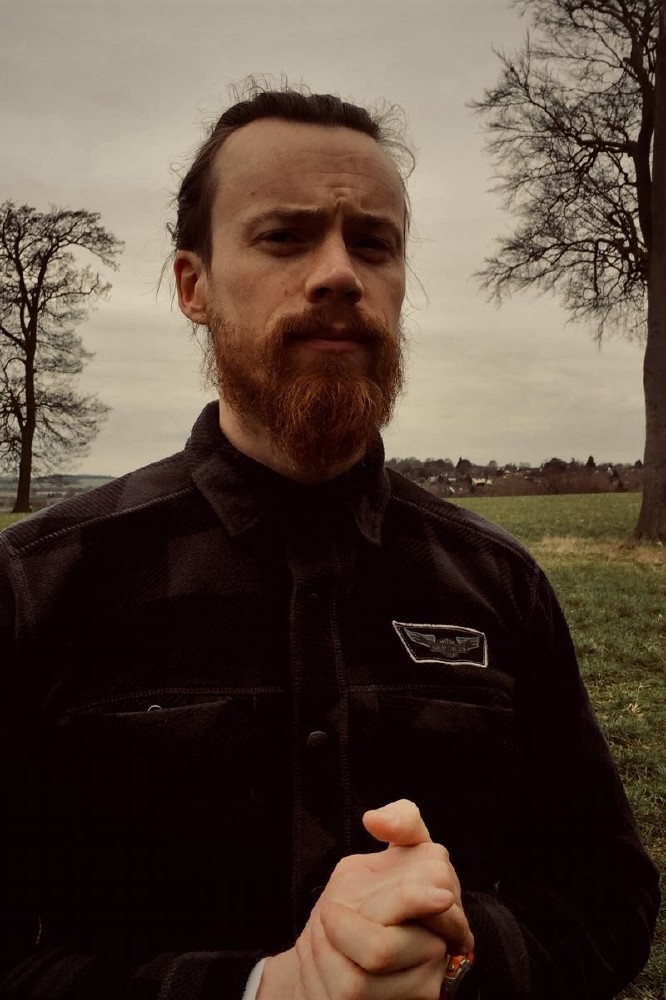 Scott Swain speaks ahead of his debut solo EP release

Someone once described my music as, “The National meets Radiohead and they all watch David Lynch films whilst drinking bourbon”. I loved this! I’m massively influenced by cinema and film and so I want this to come across in my music, however subtle.

Other than having to overcome scumbag sharks who want to try and swindle money out of me, I would say the greatest challenge I’ve faced so far is finding the right sort of people to work with, who have a great professional attitude. I’ve played with a number of musicians over the years, some of which were extremely talented, but if you’re not willing to commit yourself to something, or make sacrifices, then no amount of talent would help. Whilst it seems like quite a simple formula; practice your instrument, have regular rehearsals with the musicians you’re in a band with, take time to promote your band – in my experience, very few people seem to be able to do this. For some, being in a band is all about appearing cool, rather than working your ass off and pushing yourself as hard as you can to see what you can achieve.

I think if your soul objective is to make a name for yourself in this industry then you’re going to be extremely disappointed. If you’ve an endless supply of money, then you’ll be in the spotlight quickly (regardless of talent). For normal folk I’d say it’s incredibly difficult to make a name for yourself. Having an irrational passion for writing and playing music is what keeps me going.

Extremely important! That said, I also value being able to work with other musicians and producers to see how they hear what I’m writing. They may offer a way of approaching the song which I would never have considered. You’ll never grow and develop if you’re not open to accepting other people’s opinions, views, and ideas.

Everywhere! Sometimes, even the most random and mundane thing can inspire me. That said, my music is inspired greatly by film and cinema. All of my songs are about particular films which have left their mark on me. I want to capture a certain essence/interpretation of whichever film I am writing about.

I wouldn’t actually choose anyone famous or established. I would love to collaborate with anyone who plays the violin or cell – or even a violinist and cellist, heaven! – to a reasonable standard. I’d love to hear how my baritone acoustic would sound accompanied with the rich sound of a cello or violin. There’s something really intoxicating about the sound of this combination of stringed wooden instruments. No electronic sounds involved, just pure, natural, honest music.

I often tell people that the first gig I ever attended was to see The Smashing Pumpkins. The truth is… My first ever gig was to see Celine Dion in concert.

Absolutely. Far too many to list here. but for now, I’m enjoying seeing how things are developing and the people I’m meeting (and working with) on the way.

A lot healthier than I currently am! I’m constantly juggling so many different things in my life that I become burnt out quickly and then the lurgies get me. Musically, it’d be quite cool to perhaps have another release on the horizon, and perhaps have a steady, consistent live band.

Lots of gigs, some festival slots (see my website for more info www.scottswainmusic.com), and most exciting of all, my debut EP as a solo artist, which is currently set for a May release. If you follow me on Instagram @scottswainmusic, you should expect to see lots of photos of my dog, Rufus.

Goodbye Country, Goodbye Home is released on May 20, 2018 via Resonating Wood Recordings.