The group release their new single 'Binary' on June 9.

Gearing up for the release of their new single ‘Binary’ on June 9, alt-indie and dark pop trio Stalagmites certainly have a sound unlike any other we’ve heard before. Made up of lead singer Bradley Lynch, guitarist Alex Hardman and drummer Nick Toft, the group initially formed in Salford in 2010 with a slightly different line-up, before Nick replaced a drummer who left the band a couple of years later. We caught up with the group to find out a little bit more about their sound, inspirations, future plans and more… 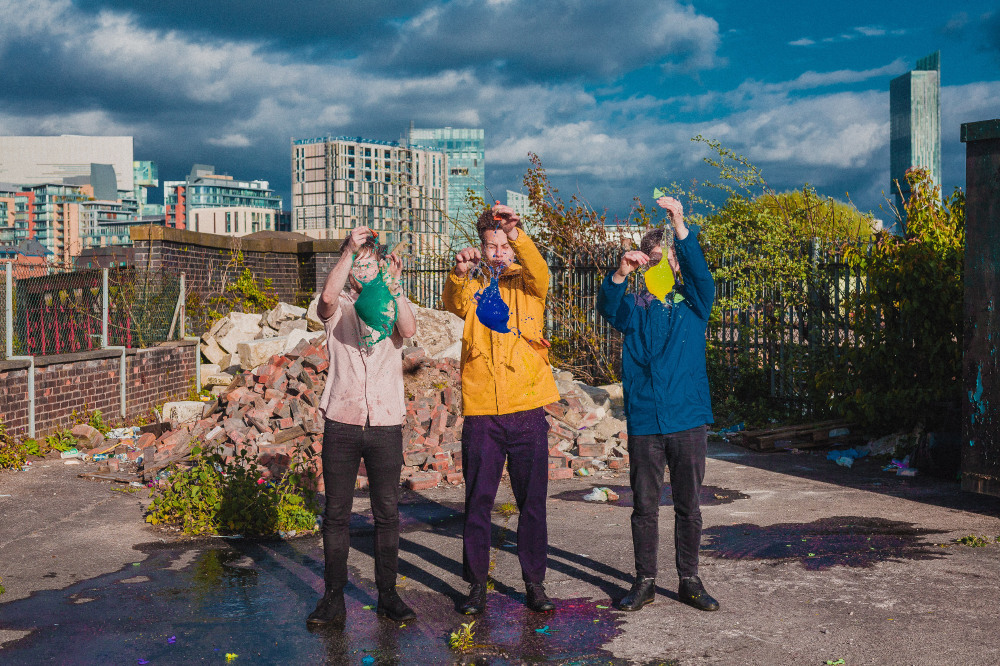 Big, melodic, upbeat guitar music with dashes of aggression and melancholy on a bed of scintillating beats. Big but not pompous, pop but not predictable, tasty but not toxic.

Being a guitar band when they’re the minority in mainstream music. It feels like most of the other challenges along the way so far have stemmed from that. Also trying to enter certain circles where you’re networking with the right people is hard. No wonder we’ve seen our mates’ bands fall apart.

Most bands that we grew up listening to and watching live made a name for themselves through word of mouth; they were playing gig after gig after gig and putting their music out physically. These days you can make a name for yourself by creating funny videos and posting them on Instagram. So it is challenging, but it’s also quite exciting and we know we can use a lot of these new platforms for our own benefit and push some boundaries.

It’s the most important thing because, before anything else, we’re in the band to create something new that we’ve never heard before; something that gives you that feeling that’s hard to describe, that moment when you’re jamming and something clicks and you look at each other like, ‘What the f**k?’ We are open-minded though, the songwriting process is collaborative so we all have an input and have to compromise so if someone outside of the band suggests something we aren’t gonna ignore it outright, we’re gonna try it out and if it works then we’ll go with it.

Obviously from music and we’ve all got different tastes, so it’s a nice melting pot, but I think the environment you’re in affects you a lot more than you think. Out of the window of our rehearsal room you can see loads of cranes and part of the city skyline, so there’s that feeling of progress regardless of any sh*t that’s going on, and that feels like us. Regardless of band members leaving and the climate of the music industry we’ve kept going, and our songs have been shaped by that.

John Barnes. It’s been far too long since his rigid flow graced a track. That’s one we’d all agree on. For me personally though, I’d wanna do a tune with Bjork. She’s unique and pushes boundaries with her songwriting. I think she’d make you raise your game.

Before we met, Nick was at Pendleton College while I was a postman round there, so he might have seen me rocking up to the college with my Richard Ashcroft 1993 hairdo delivering letters while he’s studying for his BTEC in Midwifery.

I wouldn’t say we have a clearly defined goal but more of a feeling. A feeling that we’re put 100% into creating, writing, playing live and everything else that goes with being an artist. One goal could be possibly writing an album that defines who we are and stands the test of time being remembered for years to come.

‘Binary’ is our debut single out on Veta Records beginning of June, and then we’re going into the studio to record a new single for release around Autumn time, along with a headline gig in Manchester.