The group speak about their aims and ambitions ahead of their album release this September.

Combining their contemporary subjects with folk influences, the foursome that make up The Bara Bara Band are gearing up for the release of their new album this September. We got the chance to put some questions to the group all about their influences, aims, ambitions and more. Read on to find out what they had to say… 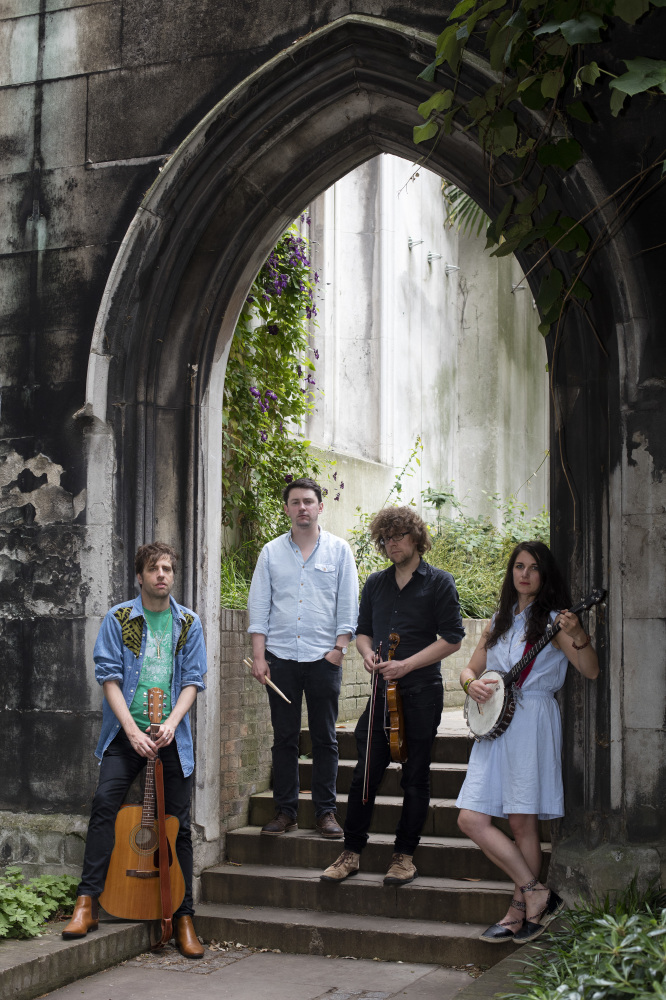 Folk with bits of folk rock in a nutshell! To elaborate, the album is heavily influenced by British traditional folk and you will also hear the influence of old time Appalachian banjo in Ruth's playing. But we put a modern twist on traditional songs, adding in bass guitar and drums for example.

Getting heard by a wider audience is always difficult, but folk is quite niche so it does make things easier in some ways. It can be a slog trying to get festival bookings, but it's usually worth it.

Whilst it can be difficult, I see it as a long term lifestyle thing so that fact that it can take a while to get known is just par for the course. I want to enjoy making the music, finding traditional songs that we make into our own arrangements. I also enjoying writing songs, or rather, I aim to enjoy writing songs...! I often say I do music for myself as much as for listeners, which is the way it should be and means that what you are making is meaningful.

It's really important. I tend to have a lot of control in the band given that i started it (back in 2009), and i write a lot of my original songs. Rupert also writes and co-writes, and also happens to be my husband! We met at a gig a few years ago and i was looking for a bass player for the band so he joined, and well, the rest is history as they say! At the same time, I'm a believer in letting things take their course, so for example I'll write a song and imagine the end product, but when I play it with the other band members and they start jamming along it might turn into something else, potentially something better...

Well aside from tradition, I'd say political climate and current issues, including current things in my life or that are going on around me.  For example, about being a woman in her 30s, a song on the album called ‘Before It's too Late’ reflects on the various pressures on women both from themselves and those around them.  In terms of other musicians, there's lots of folk artists/bands such as Fairport Convention, Anne Briggs, Incredible String Band, and more contemporary acts including Rattle on The Stovepipe and Stick In The Wheel. I also love lots of other music, my biggest teenage/early 20s influences were PJ Harvey and Nick Cave & The Bad Seeds.

Probably some local folk musicians who come to TOOTING FOLK and play floor spots.  TOOTING FOLK is a monthly folk club that i run with Rupert, it's based on the classic style folk club - unplugged, floor spot performers who turn up on the night to play a song each, a booked guest act.  The next one is 2nd September with Laura Smyth & Ted Kemp as guest act, the website is www.tootingfolk.com for more details.  We've been running the club for around 5 years and it's become a firm favourite on the London folk scene.

The Bara Bara Band is called that because of someone mispronouncing the name Barbara which is my grandmother’s name. I also like to make up my own jokes and tell them on stage, much to the dismay of the band... e.g. What do you call a girl who looks like a chair? Cher... There's more where that came from...

To be recording a new album and playing festivals

Our new album, ‘The Seeds Inside (The Grapes Upon The Vine)’ is released on 15th September and we have an album launch show on Saturday 16 September at The Harrison, Kings Cross, London. We'll be booking in some dates around the UK in Spring 2018, then festivals next year.