We speak to rock trio The Barnum Meserve in a new and exclusive interview, who hope to turn the genre on their head with the release of their album in April...

The Barnum Meserve are a trio ready to turn their back on the traditional boundaries set out by other rock bands, instead hoping to breath fresh life into the genre when they drop their new album next month. 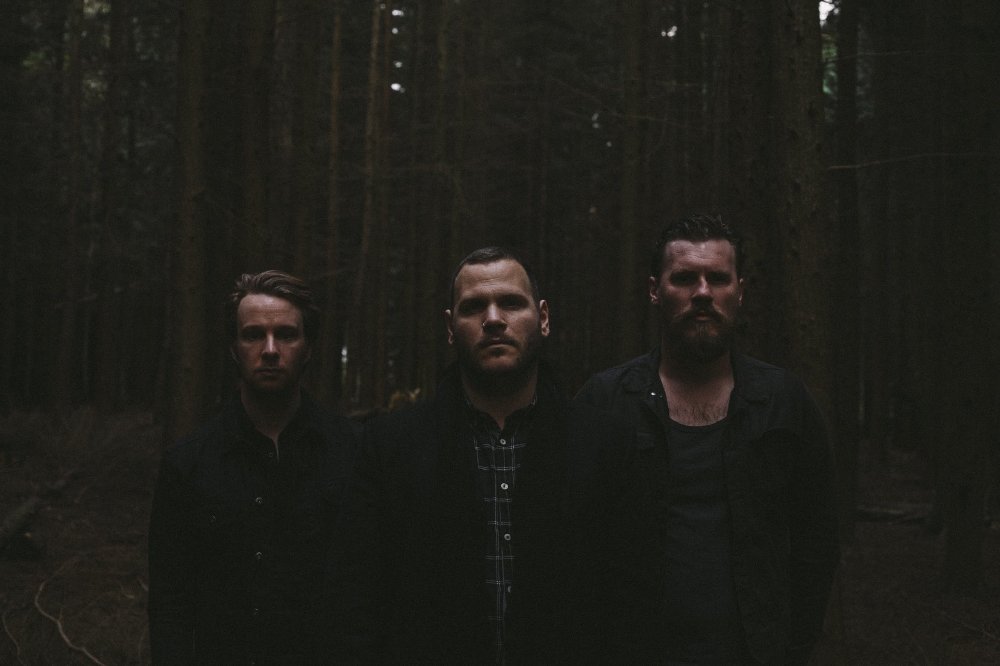 We got the chance to put some questions to the guys about their music, inspirations, influences and more; find out what they had to say below…

I guess a starting point would be to say that our songs a pretty cinematic. Film soundtracks play a large part in influencing some of the string and brass section Leon writes. We’re also pretty unconventional compared to the average alternative rock band, mainly as we don’t have guitars. Our set up is Piano, Vocals, bass guitar and drums with the added strings, brass, percussion and general ‘noises’ we have in the background to some of the songs. We like to write big choruses a lot of the time. We definitely try and get those ‘hair on the back of your neck’ moments in. Sometimes it’s difficult to describe our sound as it’s hard to compare us with other bands. I guess we’re a mix of Arcade Fire with 30 Seconds to Mars and Nine Inch Nails mixed in.

We’ve faced lots of problems! but I guess a lot of artists face similar problems in today’s climate. We’re living very much in a slightly cluttered industry. There’s so many bands these days that it’s at times difficult to get noticed. We’ve found ourselves in quite a few Catch-22 situations where large labels, PR companies and booking agents won’t work with you because you’re not represented by a large management firm etc. It’s almost like you can’t get one of those aspects in place (label, management, booking agent) without already having one in place...but they won’t work with you because you haven't got one of the other in place. As you can guess it’s pretty frustrating but we’ve pretty much become immune to it now fortunately. As long as we’re content with writing good songs and making great video’s we kind of feel those other thing will fall into place eventually. Another large part of the difficulties these days is labels (or specifically A&R people) don’t want to take risks. We’re in a time where they’re more preoccupied with making ‘quick wins’ as apposed building a career with an artist. I think at times there’s a disconnect with artists and A&R representatives (and we’ve worked with a few over the years). At times they very much want to mold you into something that’s popular at the time as they know it will (for a short period) sell. I think at times they’re very much misguided trying to look for the next big X that sounds like a current popular artist when they should really be discovering something different and artists with real talent.

Again, I’d say it’s very difficult and not really a career path for the faint hearted so to speak. You can expect a lot of rejection and a lot of opinions. Everyone what’s to tell you where you’re going wrong how you should be concentrating on X.  Without sounding slightly clichéd, I think we still maintain staying original and having integrity along the way are the most important aspects to hold yourself to. Things like integrity will literally be tested to their very limit at times so it’s important to control the way you’re perceived by the public e.g. you don’t need to wear a leather jacket and look like Kings of Leon if you don’t want to!

It’s very important to us! creative control is the thing that makes us us. Going back to the opinions piece mentioned in the previous questions, a lot of people can give advice on how you write your songs e.g make the vocals come in sooner, shorten the chorus etc. The difficulty we find here is at times everyone thinks they’re Mozart (or probably Pete Waterman). The key thing to remember in those situations is if they’re so good at writing songs, how come they don’t write songs?! Having creative control has become the most important value to a lot of independent artists. If you control your music you can control how you want people to access it which in turn is better for the artists as they’re the one’s being paid.

Many different places from film to soundtracks to new albums. We all really have different tastes in music and at the same time all have common ground in bands we all love. One of us at any given moment will be into a film scores where another will be into Stoner rock or more ambient music. The great thing is we subconsciously let those influences into the songs. Sometimes they work, other times they don’t but that’s ok. Writing is very much a trial and error process. The more you do, the better you get at it. Even though we’re on the cusp of releasing our 2nd full length album we’ve probably written around 4 or 5 album’s worth of songs. Some of these stay around as there’s something about them, others get left by the side and that in itself is something important to note. If there’s a reason no one wants to play that song, it’s probably because it’s not as good as you think it is!

I think we’d absolutely love to collaborate with a full orchestra one day. It’d take time and organisation to transcribe all the string and brass parts but at the same time it would be epic! regarding artists and producers there’s probably too many to mention that we’d love to work with. We’d love to record an album in a big flashy studio one day, hey everyone has to have a dream.

We we’re once stuck on the side of the motorway from around 11:30pm till 6:00am as our van broken down outside of Brighton. We literally watched the sun rise on the hard shoulder. We eventually managed to sort out getting the van towed (fortunately before all our phones completely ran out of charge). To this day, that was the most expensive show we’ve ever played.

Hopefully releasing our 3rd album. We’re going to be going back in the studio later this year to record it. It’s pretty different from When All Is Lost but we’re already immensely proud of it and can’t wait to hear the finished product. We’ve been writing for our 3rd album the past 2 years.

Some awesome video’s we’ve made with a friend to accompany a few of the songs off the album and some shows around the UK! check our Facebook page for updates and news.