Manchester band The Empty Page aren't looking for fame, money or approval. Instead they simply want to enjoy their time as creative artists, and if success comes along the way, they'll be happy. We speak to the alt-punk band all about their music, inspirations, the future and more! 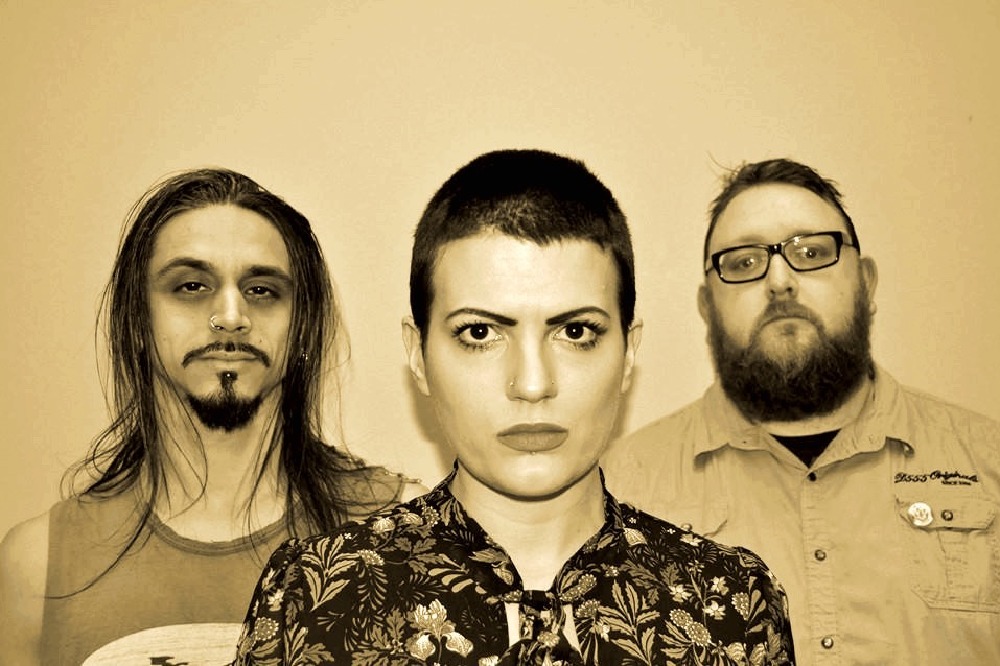 Kel: We don't really operate in the music industry, haha! The challenge really is being an independent musician; [it] takes a hell of a lot of effort, money and time, more than I think most people realise. But that's not a complaint, we choose to do this because we love it.

Giz: Yeah, it's pretty difficult, there are loads of bands out there trying to do something, but we do it 'cause we want to make music and play shows, not because we want to be famous.

Kel: I don't see it as a career path in that I don't have goals in terms of money or any measure of success in other people's eyes. I do this because music is what makes me tick, and if I don't do music I become an existential, miserable heap.

Giz: It's essential. It's all about us doing our own thing and creating our music the way we want it to be.

Kel: Yep, any other way would defeat the object, which is to scratch our own personal creative itches, nobody else's!

Kel: I'm inspired by a lot of different things, lyrically. I take ideas from snippets of conversation, from things that make me really angry, from feeling deep admiration for someone. Musically it's impossible to whittle it down to a handful of inspirations, but this band definitely draws on the more shoegazey, indie 90s bands with some mess and noise.

Giz: I'd like J Mascis to come and do a guitar solo on one of our tracks.

Kel: I want to collaborate on a film with someone, we can be the band in the film like L7 in Serial Mom, actually yeah John Waters would be a dream!

Kel: Jim's got 12 entries in the Viz profanisaurus.

Kel: Not in the way most people think of their careers. My goals are mainly to keep writing better songs and be more prolific over the next few years. I'd like to release a few albums in quick succession. Also I'd love to play The Apollo in Manchester, even just as a support band.

The Empty Page continue their UK tour in Edinburgh tonight (October 26) at Bannerman's and in Dunfermline tomorrow (October 27) at Monty's.