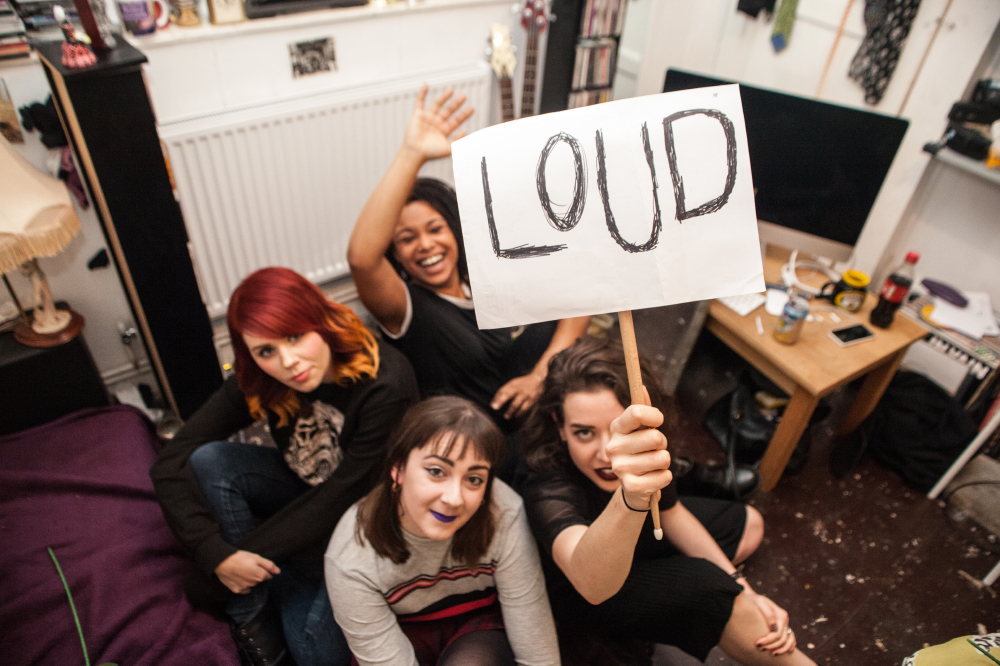 A fair few to be honest, it’s hard being an all-female band, especially with record labels “we’ve already got a female band so we can’t take on another” attitude - it’s like how many male bands do you have? The sexism game is strong in the music industry and that’s one of the things that we want to help change. We were at Abbey Road mastering our EP and this guy came up to us and asked us if we were all singers, and that’s what’s fundamentally wrong with the industry.

It’s so hard for new musicians these days, especially in the rock industry. It’s so over-saturated and the whole ‘rock is dead’ thing is a bit disheartening. People are used to hearing over-polished perfection, and rocks not about that, it’s about the grit and the fuck ups and crazy solos, so I think people like to tear you apart and tell you what’s wrong with music instead of embracing the chaos of it all.

Platforms like Spotify and SoundCloud are great, if you’ve already established a bit of a following, but like I mentioned before, it’s a highly saturated market and simply being a good musician doesn’t seem to be enough anymore.

SO IMPORTANT. Otherwise you end up sounding like every other musician out there, and that’s not what it’s about. You write songs that you feel, and to take away that creative control is to basically take the soul away from the music.

Everywhere and everyone. Donald Trump and his sexist attitude inspires us to fight back with our message. Malala Yousafzai and her incredible bravery inspires us to stand up for what we believe in. Jah9 and her honest and empowering lyrics inspire us to write soulful songs with meaning. Josh Homme and his sexy riffs inspire us to write great guitar melodies. Courtney Love and her ‘I don’t give a fuck’ attitude reminds us not to take ourselves too seriously (and I mean that as a compliment!). We also listen to a lot of Drenge, Hole, Garbage and Warpaint - to name a few.

I think the answer to this question changes every day, but today I’d have to say Kathleen Hanna from Bikini Kill – her punky vibes are just so raw and empowering and I’d love to jump around the stage with her. She’s the embodiment of girl power and a key driver of feminism as well as being an awesome musician.

We draw inspiration from ‘School of Rock’ and often jump up and down in a circle shouting “Let’s rock, let’s rock today. Let’s rock today” before gigs. We did it once, and I guess it kind of stuck!

START A FEMALE REVOLUTION. We want to use music to empower young women to pick up some drum sticks, a guitar, a microphone and MAKE SOME NOISE! I think the thing that we lacked growing up was a strong female music scene and we want to be part of that for this / the next generation.

Also world domination, an end to animal cruelty, and complete equality across all genders, races and beliefs. But those are long term goals, obvs.

On a big stage, with a big crowd, playing big tunes.

We’ve just premiered our new single ‘Hideaway’ which will be the first single off of our self-titled EP ‘The Nyx’. We’re releasing our EP on April 21st and we’ll be gigging about so keep an eye on our Facebook for gig information!