Scottish alternative three-piece Twin Heart are to release their debut EP later this year, with the record focusing closely on the setbacks and successes the band have faced during the time they've been together. 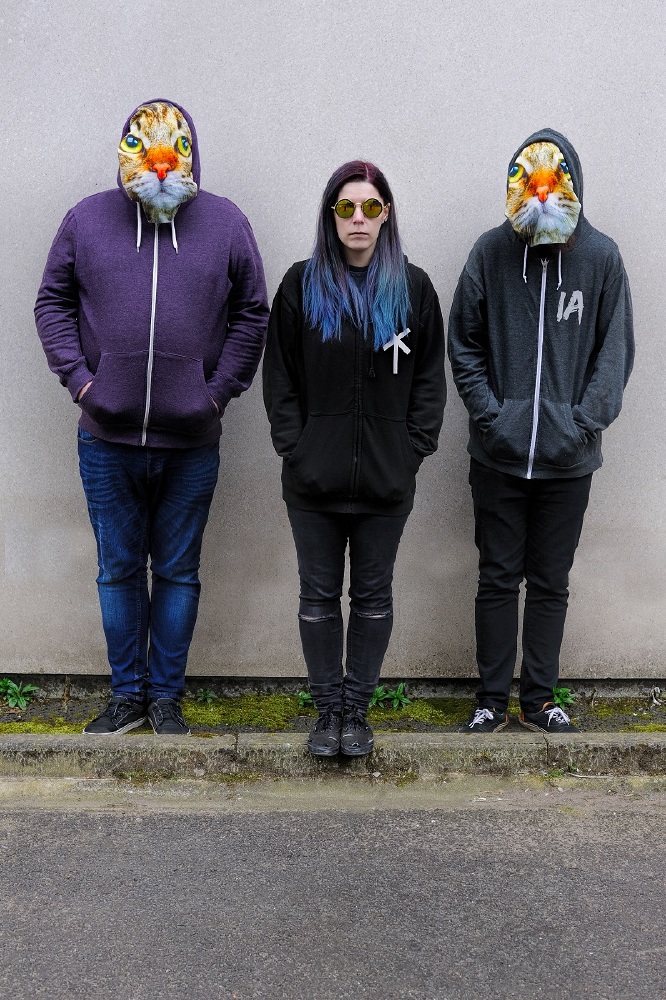 We got the opportunity to chat to Dawn from the trio a little more about their music, inspirations and more - find out what they had to say below...

I would say we are a mixture of rock, alternative and emo with a little bit of metal thrown in there. Our sound is very unique.

Throughout my time in the music industry I have definitely learned a lot. Bad and good. I find what has challenged me the most is being a female playing music in a mostly male dominted field. I think as a female you have a lot more to prove when playing and performing music which is sad really sad when you look at all the amazing female artists out there and what they have achieved already in the music industry.

I think personally when I get on stage holding a guitar most people make up their mind about you right away. 'Awww look, she’s playing guitar I bet you she knows nice chord melodies and sings all sweet.' With my time in music I have also found people expect females to look a certain way, I will always remember a time when I came off stage and a gentlemen came up to me and said he loved my set but, if you had dressed more sexy I would have liked it better. This pissed me off because this is exactly what it is to be female in a mostly male industry. I have always been true to myself and have strived to not be changed of who and what I am. I think this is important.

I think now it is very difficult. There are so many amazing unsigned bands out there. Each doing their own thing. I think it is difficult in respect of knowing how to get your name out there and knowing the right people to contact to progress as a band. There are no outlets for unsigned bands anymore. Everything has become digital, everything is so expensive. Recording music, promoting music, touring etc all of these things takes a lot of hard work as I have learned. There is a lot of sacrifice in music also. Personal things that you give up in order to try your very hardest in making a name for yourself and the music that you essentially put your heart and soul into.

I think the hardest hurdle is a starting point and knowing where to go and how to continue.

For me this is the most important. My work is my life and the thought of this ever being taken away from me upsets me. I write the songs for the band and to think that someone might take your work and claim it as their own makes me sick.

I think also signing your work over to someone else to have control of what happens to your music is also a big worry if the right terms and conditions aren’t in place.

Being the main songwriter in the band I feel like I have most control and the most say of what and how I want a song to become. I will write the main structure of a song, lyrics and guitar. Start to finish and then let the other members of the band here it. They will obviously have their own say and can make changes accordingly. But if there is something I do not like or I do not agree with I still feel I am most in control because I am the producer of the song. We work well as a band because I am open to change if it helps the flow of my songs.

Influences are a big thing in my songs. Whether it be from other bands and artists or personal things happening in my life. I am always influenced by something. I am a very emotional and connected person. I find that personal influences touch me more and inspire me to make beautiful music. I am influenced by day to day life. I have always been a person who is full of empathy and love for other people and find this to be the best kind of emotion to draw influences from. My biggest influence of ever wanting to be a performer in music was Kurt Cobain. My absolute idol. I wanted to be in every way like him musically. His songs and personal troubles inspired me completely.

Right now, thinking of bands and artists in the music scene I would have to say Sia. She is so relevant right now. Her videos, her image, her music, her voice. She has it all. Everything she has done in the past has taken her to this point. I remember hearing Sia before she was super famous and not really engaging with her. I liked the music, I liked her lyrics. I think when I saw her fully as the complete package I was blown away. She continued to impress. She has also collaborated with a lot of artists and the outcome has been amazing.

I think I see a little of myself in her too. She comes across very shy, afraid to be in the spotlight, in the public eye. But when she gets on stage, when she sings and performs, something else is there. A spark. Something special. Someone transformed by what they love.

I think at the start off when I was new to the music industry and knew what was involved, when I was very young and in experienced I wanted the fame, I wanted the fashion, I wanted the tv documentaries about me and my band. But now, and throughtout and actually experiencing my first gig and everything else that comes with giving everything you are to a career in music. I am humbled to have what I have experienced so far. The aim has been, and always will be to push forward and keep making good music, and to work my hardest to perform in bigger venues, to play on the same bill as my favourite bands. Mostly to not have world fame but to let my music be heard to people further afield in the industry and to make a living doing what I enjoy the most in the world.

We have a lot of plans. We are touring the UK in the summer. We release our new single along with our new video. Our EP 'Progress: Decline' will also be released on July 1.

Debut EP 'Progress: Decline' is released via Rip It Up Records on July 1.