Make 2016 the year for travel! Secret Escape reveals their top ten places to visit at the moment

1. Japan - The spellbinding cherry blossoms of Japan are forecast to bloom between March and April 2016 making it a key time for travellers to visit this captivating country. Leading the way in beauty, food and spa trends, Japan offers staggering landscapes, futuristic cities and surprisingly impressive ski resorts. The excellent value rail passes and accommodation means Japan is a huge draw for tourists, with even more fun to come as the country hosts the 2019 Rugby World Cup and the 2020 Olympics.

2. Los Angeles, USA - LA is enjoying a cultural resurgence as the Big Apple's creative hub of musicians, artists and entrepreneurs have moved from the East coast to the West, bringing their renowned style with them. 2016 will see a number of much-anticipated openings in downtown LA, including Soho House and the Arts Club, as well as The Moving Museum, a roving project which will run a program of art, food and performance in September 2016. Save 30% on a stay in the stylish Mondrain Hotel from £147 per suite per night with rooftop cocktails included with Secret Escapes.
3. Wroclaw, Poland - The Polish city of Wroclaw has been named the European City of Culture for 2016 and UNESCO's World Book Capital, so what better time to visit? Positioned on the banks of the River Oder, the city is a true melting pot of European culture, with Czech, German and Polish influences. From its beautiful Botanical Garden to a packed schedule of cultural events throughout the year, there is much to see and do in 2016.
4. Copenhagen, Denmark - 2016 will be a perfect time for culture vultures and foodies alike to visit Copenhagen. Its five-month music festival at the beautiful Tivoli Gardens offers fans of classical a treat between May and September, whilst the Copenhagen Cooking festival in February will showcase the best in Nordic cuisine. More fashion focused travellers can lose themselves in Copenhagen's Fashion Week in early February, the largest of its kind in Northern Europe. Save up to 63% on the opulent surroundings of the Phoenix Hotel in Copenhagen with Secret Escapes from £100 per room per night with breakfast, cava and a dining discount included.
5. The Azores Archipelago, Portugal - The introduction of cheap flights from Britain to the Azores earlier this year has led to the sun-drenched location being pegged as the new Algarve, offering high-design properties and spectacular scenery. With world class hiking, surfing and diving - as well as whale watching - the Azores is likely to be at the top of many adventure travel bucket lists in 2016. Enjoy an extraordinary adventure holiday with Secret Escapes from £1,055 per person for seven nights, with breakfast, excursions and all travel included.
6. Okavango Delta, Botswana - Beautiful Botswana celebrates 50 years of independence in 2016, making it a poignant time to visit the destination known for its unique pairing of desert and delta. With 17% of the country dedicated to national parks, travellers hoping to experience nature should look to the renowned Okavango Delta for safaris. One of Africa's last remaining great wildlife habitats, the Delta is home to some of the world's most endangered species.
7. Bansko, Bulgaria - Snow lovers in the know are heading to Eastern Europe for well maintained slopes, excellent ski schools and challenging terrain. The top Bulgarian resort of Bansko stands out as a great value location for skiers and snowboarders alike. Situated in the Pirin Mountains, the resort village offers views of the Aegean Sea on a clear day and the quaint town is a standalone tourist attraction. Savvy travellers can save up to 38% on a trip to Bansko with Secret Escapes from £399 per person for four nights on a half board basis, including flights, transfers, lift pass and ski hire.
8. Bled, Slovenia - Picturesque Slovenia with its vibrant forests, stunning lakes and snowcapped mountains is a country for lovers of the outdoors. The picture-perfect fairy-tale landscapes in the Alpine town of Bled in Eastern Slovenia are home to the country's only island, situated on Lake Bled. Visitors should visit the city's medieval castle and ring the bell for good luck on the island. Secret Escapes offers travellers a four-night stay in Bled with half-board, sightseeing excursions and all travel from £429.
9. Reykjavik, Iceland - The staggering Northern Lights feature on travel bucket lists worldwide and the good news is that Reykjavik remains an affordable and accessible place to see them. If you aren't lucky enough to see the phenomenon, the healing geothermal waters of the Blue Lagoon stays hot all year round and fans of Game of Thrones can marvel at the stunning film locations. Save 33% on a magical Iceland adventure with a Northern Lights tour and breakfast with Secret Escapes from £359 per person for three nights including flights.
10. Rio, Brazil - All eyes will turn to Rio in 2016 as the city - and the world - gears up for the 2016 Olympic Games in August. Travellers looking to experience the stunning city without facing the sports crowds should look to visit later in the year when the natural beauty of Rio will shine. From golden beaches and forested mountains, to pulsing nightlife and good-time vibe, Rio should be a strong 2016 contender. 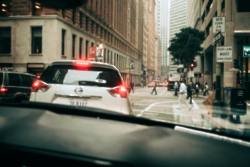 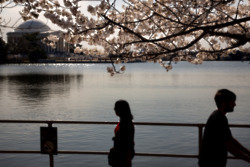