The TV world tonight dusts off its poshest outfit and heads down the red carpet for the biggest awards ceremony in British television, as the Baftas shine the light on the best that's graced our screens over the year.

Whilst I cast my vote on to who I think will win amongst the acting categories yesterday, today it's the turn of the programmes themselves. So, without further ado, here are the show I think will take home the major awards tonight.

This truly is a special fight. Everyday and Murder were brilliuant, but bringing Shakespeare's vision to the screen in such an incredible way, the award will more than likely be headed to the Hollow Crown team, who really could have and any of their four incredible productions on this list of nominees. All of those three exceeded expectations though, leaving the last nominee The Girl trailing in their wake, despite the best efforts of the brilliant Toby Jones.

Scott and Bailey continues to show a clean pair of heels to most of the police drama crowd, but this should be an award for Last Tango In Halifax, the touching, sweet and charming drama that lit up BBC One earlier this year and proved once again why Derek Jacobi and Anne Smith are so utterly revered in the acting world.

Parade's End might have been lavishly put together and had a set of great performances at the heart of it, but I think that the grittier and more down to Earth Accused will be taking home the award from this quartet. This is a great group of dramas, but Accused had Sean Bean in drag and Olivia Colman, so it must be the favourite to win.

In what might actually be a rather poor year for the category, the return of Alan Partridge should see Steve Coogan walk home with the prize for Welcome To The Places Of My Life, a show that perfectly encapsulated the train crash quality of Coogan's most famous persona.

Sitcoms have had a strong year in the UK, and the destination of this year's award depends very much on how the judges were felling. If they're being sentimental, the award will go to The Thick Of IT, which closed off this year with a brilliant ribbing of the Leveson enquiry and really let Peter Capaldi strut his stuff one last time. However, the favourite for this category is Twenty Twelve, which combined the satire of Thick Of It and matched it with some truly special performances from Colman, Hynes and Bonneville. While even the oddity that is Hunderby has a shot at this, I think it will the Olympic themed show that will win the mask.

This year the category is harder to call than it has been in years, with the quartet massively different in every area except quality. One factor to consider is if the judges at Bafta are going to be including both series of Homeland in to consideration, as both aired in the UK in 2012. If they do that, then Homeland gets our vote. If not, and this is more likely, we think that they will instead go for Girls claiming victory here and Lena Dunham adding another prize to her bulging trophy cabinet.

Who do you think will win? Let us know in the comments and make sure to check out our first set of Bafta predictions, to find out which programmes we think will take home the awards. 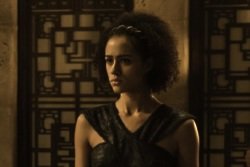