Bring back Jeremy Clarkson? No thank you - this should be the final straw

Problem after problem after problem seems to arise with Jeremy Clarkson, and with many in the past calling for his sacking from the BBC, he's now been involved in a "fracas" with a producer on Top Gear that allegedly saw fists thrown and a crew left "stunned". Now, over 300,000 people have signed a petition to have Jeremy reinstated. Why? Why should this man be given yet another chance to take home a huge pay packet whilst breaking simple rules time and time again? 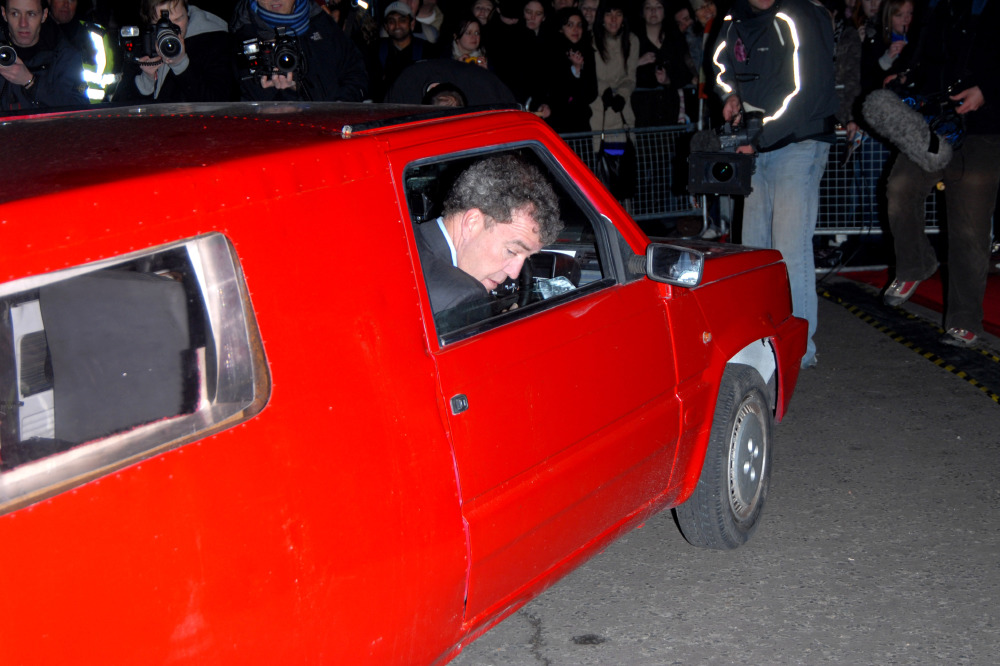 One of the most recent incidents of controversy Jeremy has been involved in was one where he was accused of using "casual racism" during a Top Gear special filmed in Burma, where he and his co-presenters built a bridge over a Burmese river. With a man from Burma walking across it, Clarkson commented: "That's a proud moment but there's a slope on it."

At the time, a BBC spokesperson said that the show wasn't aware the word "slope" was considered as offensive by some and insisted that it was instead used to make a "light-hearted wordplay joke". Ofcom however ruled that the programme had breached broadcasting rules.

This followed a broadcast of Top Gear back in 2013 that saw the 'N-word' edited out of it - one that was used by Clarkson as he filmed an episode of the show.

Clarkson is heard chanting the nursery rhyme "Eeny, meeny, miny moe..." before mumbling "Catch a n****r by his toe", something the presenter said he was "horrified" to be accused of but later apologised for.

One of Clarkson's earliest battles with viewers came when the BBC received hundreds of complaints following a joke he made about lorry drivers murdering prostitutes.

As well as these, Clarkson has found himself in hot water after the following events occurred:

Professor Ellis Cashmore, Visiting Professor of Sociology at Aston University has said that now the BBC must decide whether it's still a public service rather than just another commercial broadcaster.

He comments: If the BBC is just like ITV, Sky, Channel 4 and hundreds of other commercial broadcasters, then it logically has to consider just how much commercial value Clarkson brings. But if it is still true to its Reithian principles - to education and inform as well as entertain - as it claims to be, then it has to decide whether someone like Clarkson is really appropriate as a public representative. He is famously insensitive to modern cultural guidelines that the rest of us - including most broadcasters - have no problem sticking to. You have to wonder whether the BBC really has to put up with him.

"This is only the latest in a series of embarrassments for the BBC, and we all know that he will put his foot in his mouth and do it again sooner or later. If the BBC decide to keep him, they can no longer claim to be a public service, raising questions over the purpose and fairness of the license fee.

"The BBC bought the Top Gear programme, and hence the brand from Clarkson and his partners three years ago, so is entitled to run the show without him. It has been argued that with the BBC selling the show format across the world, deriving an income of around £15 million per year, this subsidises the license fee. Clarkson is a self-consciously controversial figure; he is deliberate, almost calculating in his behaviour and very much intends to upset people. That's why he is so popular amongst a certain demographic that presumably thinks political correctness is irrelevant and unnecessary, possibly even dangerous."

Some argue that the time is now ripe for the BBC to give Top Gear a refresh, introducing new presenters to appeal to a younger audience. Professor Cashmore argues: "Clarkson's fingerprints are all over this show. You could say it would be like reinventing the X Factor without Simon Cowell. But that's no reason not to give him the boot."

He concluded: "If the BBC really want to get rid of Clarkson, they will need to undertake a whole refresh of Top Gear, rather than just trying to substitute him with someone similarly provocative. But they must remember that they are meant to be a public service, rather than a commercial entity."

Should Clarkson be allowed back to the BBC? Vote in our poll, below.