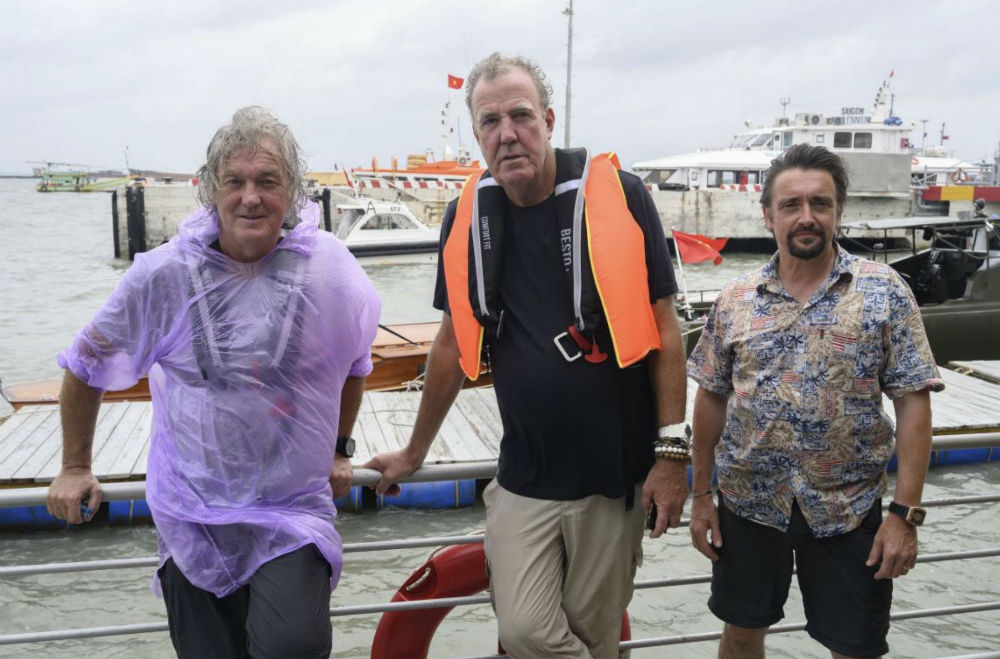 James May, Jeremy Clarkson and Richard Hammond will all star in The Grand Tour Presents: Seamen

Jeremy Clarkson has joined Prime Minister Boris Johnson in casting doubts over the future of the BBC license fee, after insisting the corporation will need to become a streaming service in years to come.

Johnson suggested he would review the BBC license fee arrangements if he leads the Conservatives to a General Election victory on Thursday, December 12th 2019, with former Top Gear host Clarkson adding his views on the future of the state broadcaster.

Clarkson left the BBC amid a storm after he was involved in a fracas with a producer back in 2015 and speaking to Female First at the launch of his latest Amazon Prime series entitled The Grand Tour Presents: Seamen, he offered up his views on the future of his former employers.

“Whatever happens, the BBC are going to have to stop making programmes for 2pm on a Wednesday afternoon,” he stated. “I know they show a lot of repeats, but shows like Cash in the Attic still costs some money to film and that has to stop. I think Cash in the Attic is a fab show by the way, I absolutely love it, but it is not what the BBC can spend their money on.

“In a nutshell, it will have to become a streaming service, like everyone else. Will there be a licence fee? That’s a question and I don’t know the answer, but there is a debate to be had.”

Clarkson went on to suggest he would work for the BBC again despite his acrimonious exit from Top Gear, as he stated: “Of course I’d work with the BBC again if something came up that interested me, of course,” he said. “At the moment I’m busy with Amazon and have no plans to do anything with anyone else, part from Who Wants To Be A Millionaire? for ITV, which is good fun.”

Clarkson also gave his views on the upcoming General Election (December 12th, 2019), as he warned voters against putting a Jeremy Corbyn-led Labour Party into Downing Street.

“Would I leave the country if Jeremy Corbyn gets elected as Prime Minister? I dread to think of that prospect,” he added. “All my friends are here and all my family are here, but he would make living in this country really horrible. I can remember the 1970s when we had a Labour government and it wasn’t fun.”

The Grand Tour Presents: Seamen will premiere on Amazon Prime Video on Friday, December 13th, 2019. Click below for your free 30-day trial.