Laura Linney stars opposite Bateman in this new dark drama.

Jason Bateman stars in the brand new teaser trailer for highly-anticipated original Netflix series Ozark, with the actor also serving as an executive producer and director on the show. Starring as Marty Byrde, the actor appears alongside Academy Award nominated actress Laura Linney, who plays his wife Wendy. You can check out the teaser below:

With their teenage kids Charlotte and Jonah in tow, the Byrdes are exactly what many would call a “normal” family with “ordinary” lives. Despite that, Marty is a Chicago financial advisor who serves as the top money launderer for the second largest drug cartel in Mexico, proving that you can never judge somebody by the way they appear.

Of course, things begin to go wrong for Marty and when it all gets a little too much, he’s forced to uproot his family and relocate to the lake region of Missouri Ozarks.

Also starring Esai Morales, Julia Garner, Marc Menchaca, Jason Butler Harner and Harris Yulin, this dark drama will explore capitalism, family dynamics and survival through the eyes of Americans who are actually anything but ordinary.

Ozark will officially launch on Netflix across the globe on July 21, 2017. 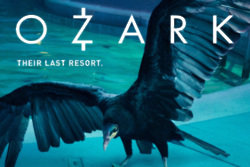 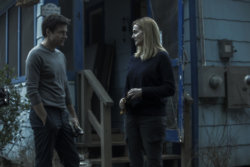 5 TV Shows We Can’t Wait To Watch This July 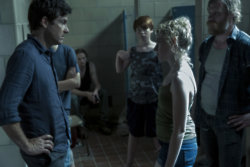