Jon Snow has warned us over and over again, and now the time has finally come. The Great War is upon us, as the Night King marches his White Walker army to Winterfell, in a bid to bring a never-ending darkness to the Seven Kingdoms. After next week, Game of Thrones will never be the same again, with thousands expected to die in a battle that is likely to blow all those we've seen before it out of the water. The odds aren't exactly in the favour of the living, but when it comes to the dead, something has to give.

Despite that, we are going to face some tragic losses. Whilst the majority of those who die will be characters we may have only seen in passing, there will undoubtedly be big names who fall to the hands of the Walker forces. Here are our predictions for seven big deaths that could take place during the Great War... 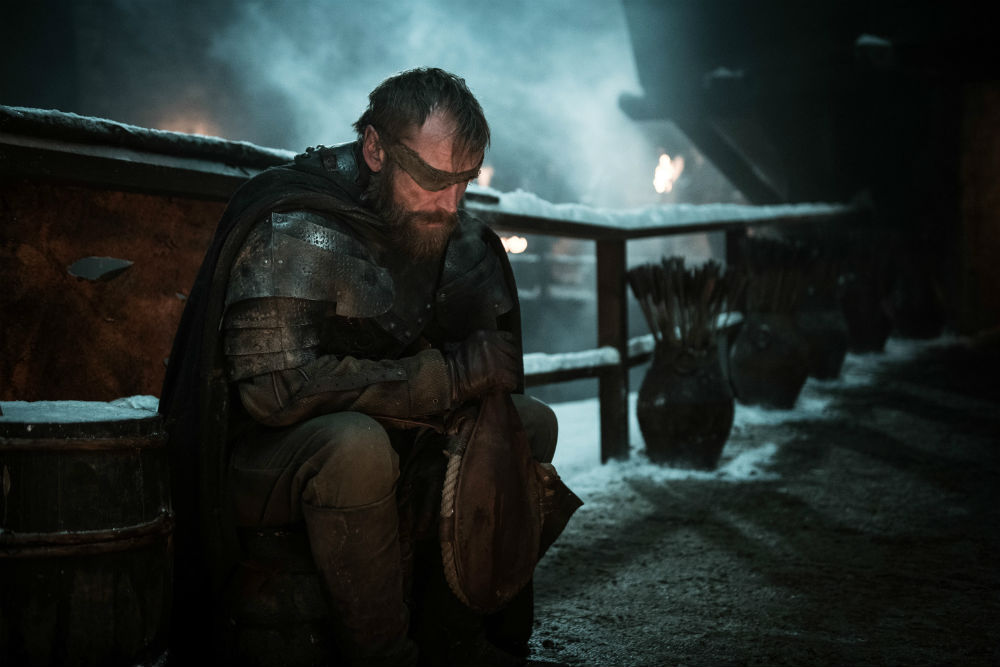 He's a man who's had many lives, but will The Lord of Light be able to save him when the White Walkers come for his head? Having evaded the darkness for so long, it's about time Beric's story came to a close. There was a huge moment for Beric in the A Song of Ice & Fire novels, but we're way past that point now, which has left him floundering around and not doing too much of substance. This would be the right time for him to say his goodbyes. 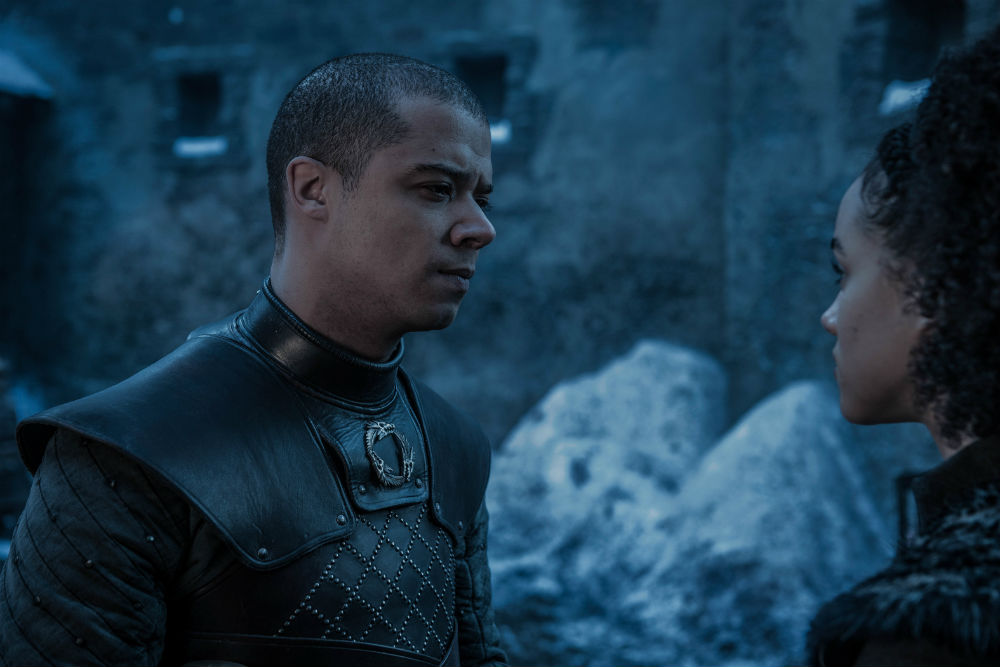 Following that gorgeous moment in this week's episode, where he promised he'd take Missandei (Nathalie Emmanuel) back to her home so she could enjoy the beaches again once the Great War was over, we just know that the pair won't be allowed their happily ever after. Grey Worm is a man unafraid to get his hands dirty, but that could be his downfall in the fight to come. He'll likely die an honourable death, giving his life to save somebody else's. 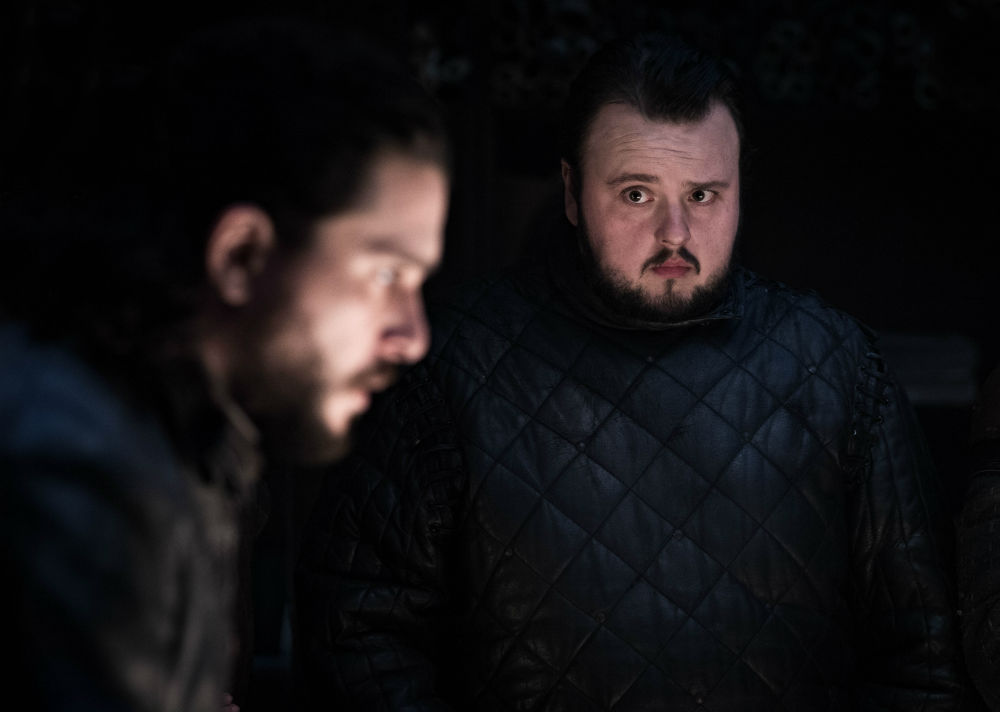 We know now that Sam isn't going to go down to the crypts during the White Walker assault on Winterfell, despite his partner and child being there. Now that he's told Jon that he's the rightful heir to the Iron Throne, and has Targaryen blood, his job is done. Could that mean that we're going to see him suffer at the hands of the White Walkers? Probably, if this show's past is anything to go by... 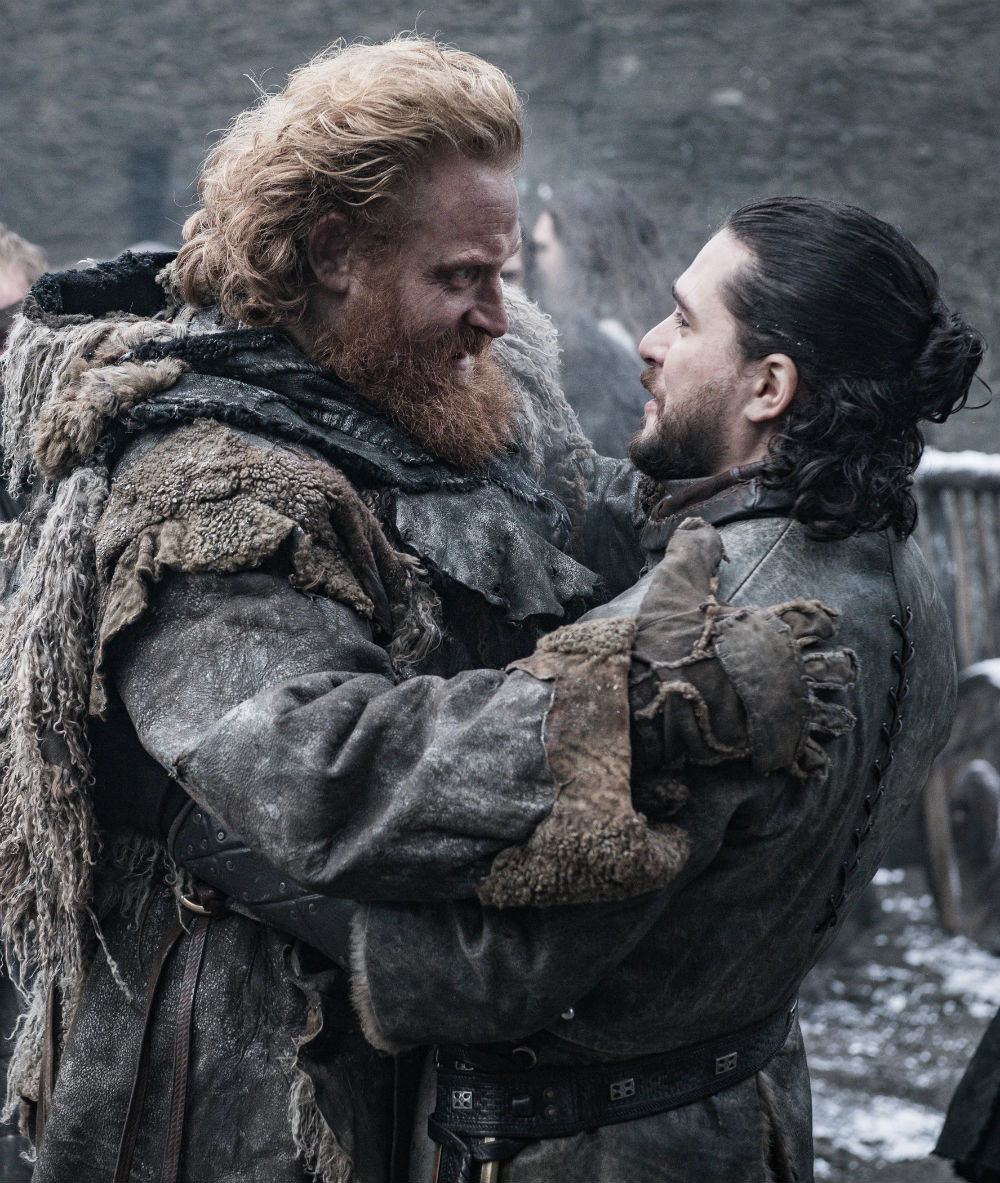 Whilst we've always hoped he'd get the girl with Brienne of Tarth (Gwendoline Christie) in his sights, it's not looking good for Tormund. We learned all about his history in the latest episode (whether it was all true or not is still up for discussion), which is usually a pre-cursor for somebody finding their story arc coming to a close. Time hopefully isn't up for Brienne just yet, which, if accurate, probably means it's time for Tormund to go. 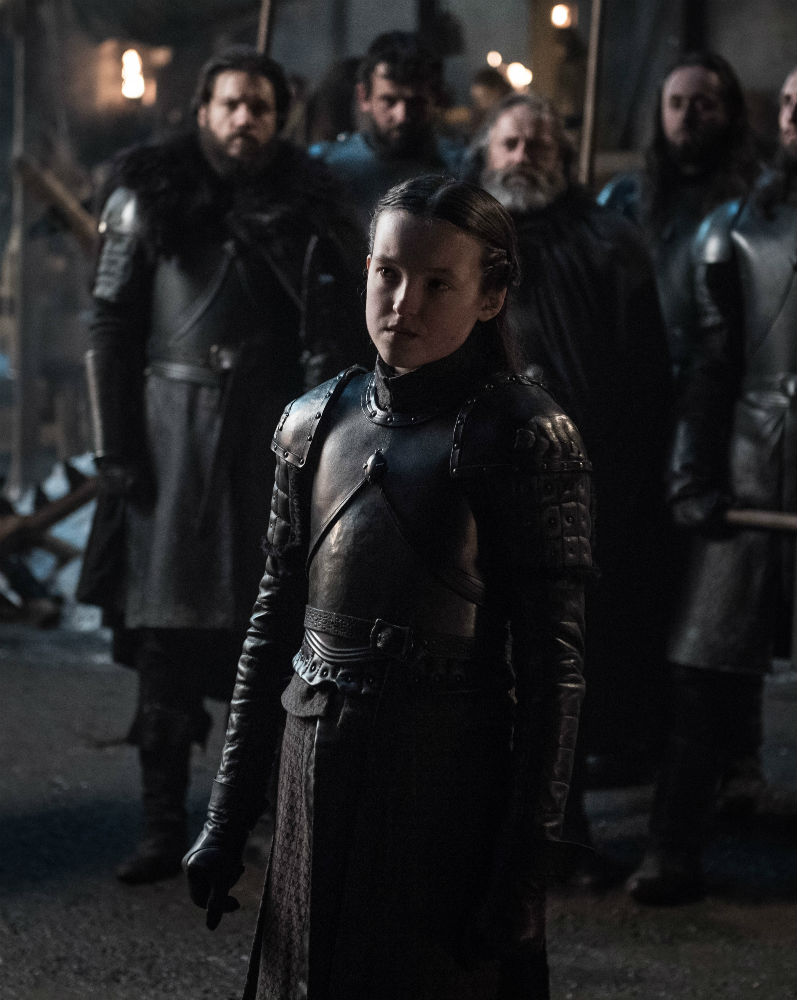 Though Jorah Mormont (Iain Glen) did everything in his power to convince Lyanna not to fight alongside her forces, she stood firm in the belief that she should be on the battlefield with her people. She's a character the audience fell in love with upon her first appearance, due to her assured and confident nature, but will she really be able to keep her head when surrounded by the dead? Unlikely... 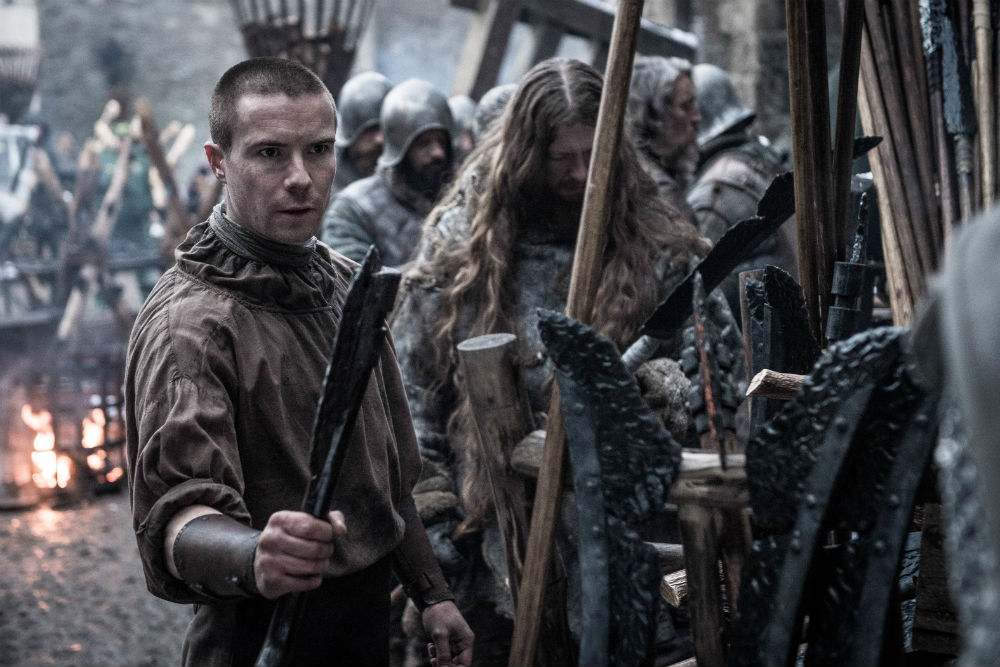 Now that Gendry and Arya (Maisie Williams) have put all their flirting to bed (quite literally), the young Stark girl looks sure to lose her weapon-maker and love interest. He's a formidable blacksmith and someone who can hold his own, but Gendry is one of those characters that many just cannot see making it to the end. A real shame, because he's one of the most likeable and relatable the show has ever seen. 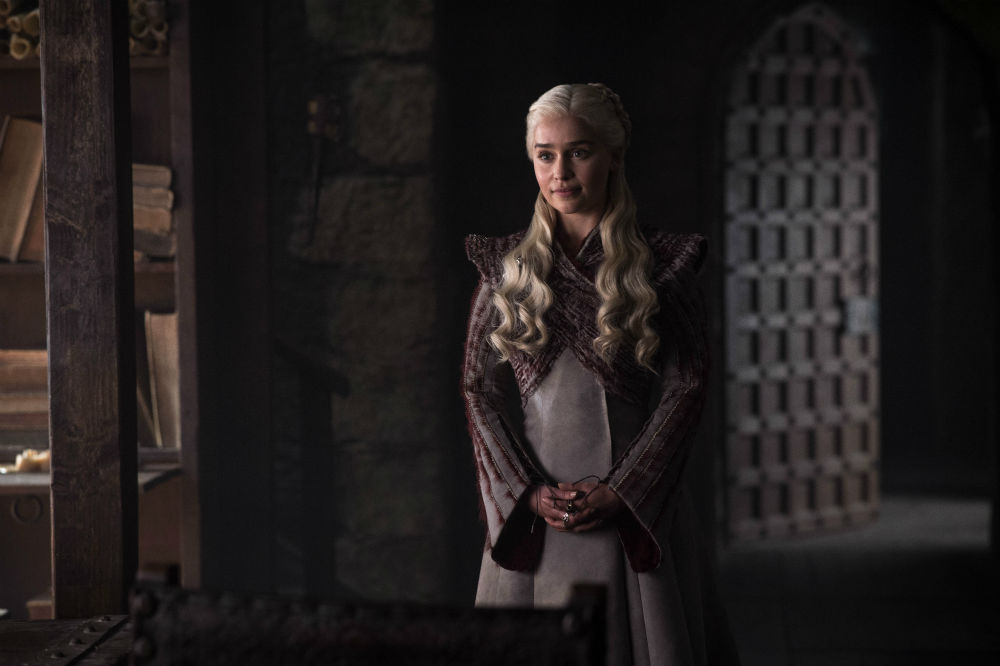 Our boldest prediction of all, but one that may have to happen now that the Mother of Dragons knows that her lover has a claim to the Iron Throne. In the second episode of the final season, we've seen Daenerys begin to quiver whenever the topic of ultimate power is brought to her attention. She feels she hasn't come this far to give up any of the Seven Kingdoms, if she makes it to King's Landing and takes the throne. That may well be her downfall.

In her unrelenting bid to topple other leaders and rule, she could become sloppy. Picture the scene: the battle at Winterfell is coming to an end, with the Night King retreating; but not before one last kill. He sends an icy spear soaring through the air, aimed directly at the Breaker of Chains. As it pierces, Jon looks over and sees Dany fall to the ground. He rushes over, but it's too late. She's slipping away.

"You will be a great king," she says, before succumbing to her wounds. Jon screams. Fade to black and silent credits.

Plausible, right? I'm not crying, YOU ARE!

RELATED: Questions we all had after watching the Game of Thrones Season 8 premiere