"I got tired of the techniques that I knew and had practised being effectively ineffective for most people."

Healthcare expert and mindfulness mentor Stefan Chmelik felt that there was something wrong with traditional meditation as it took years to learn when in fact people in panicked and stressed states didn’t have the time to master the art.

Instead, Chmelik has invented a device called Sensate which produces a humming sensation when placed on the chest along with an app which controls the sessions to bring an instant sensation of calm.

National Stress Awareness Month is marked in April and Chmelik spoke to Female First to explain what stress actually is, revealed how bad it can be for the body and mind but also explained ways to de-stress – while stressing (no pun intended) that not all stress is bad, but it is needed in our lives for us to function.

How would you define stress?

I mean there’s quite a big difference between the medical and the philosophical definition of stress and how people use it. Stress means any force or any influence exerting an influence on a system. Stress is ubiquitous and constant; we need stress to function. But of course, when most people talk about stress what they’re really talking about is feeling anxious or overwhelmed.

I think there’s been an undeniable epidemic of stress and anxiety for many years now and what the pandemic did really was focus our attention on that to enable people to see how big a problem that was and also there’s been a de-stigmatisation of mental health issues, so it’s allowed people to come out to talk about their stress and anxiety. Stress is there, we’re now talking about it much more and it’s increased by something like 40% in the developed world.

How bad can stress be for the body and the mind?

Stress is actually a basic physiological function in which we need, and, in a sense, I think that’s what everybody needs to do now is learn how to make stress work for you. There’s pretty much no doubt that the negative impact of stress, the corrosive effect is a direct contribution to all modern preventable disease and in many cases the primary factor. We’re living longer but we’re dying mostly of preventable diseases, so diabetes, heart disease, stroke, the raft of autoimmune diseases, etc. 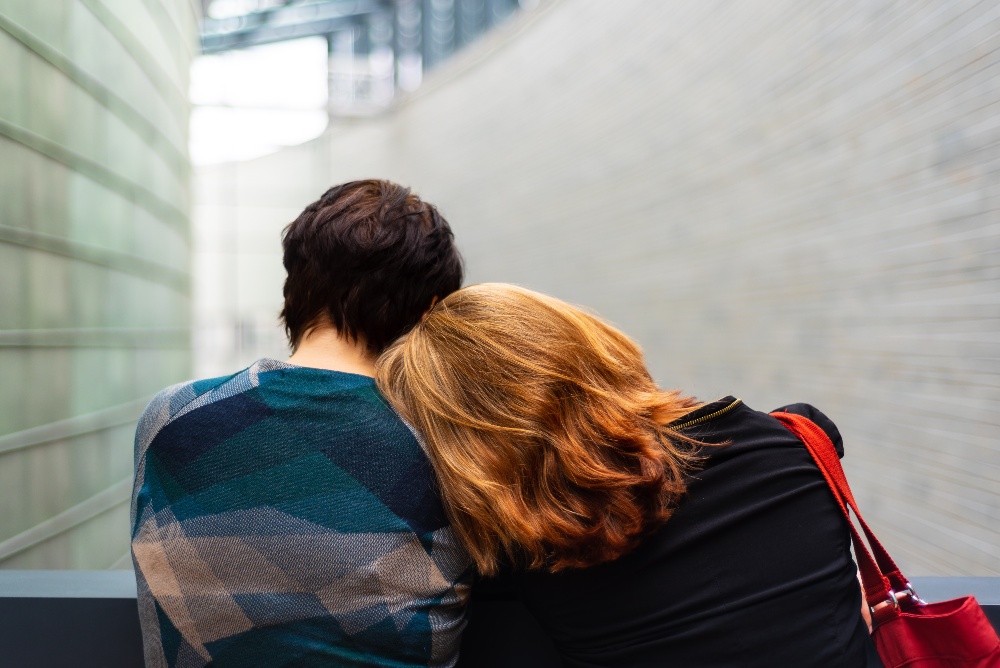 What are the best ways to de-stress?

The pandemic has been terribly useful for this, I mean what did people do and miss most during the pandemic, so exercise, walking and people. If we look at the blue zones, which are the five places around the world where people live in general, where a much higher proportion of the population lives to be 100, and they’re very diverse, from California, to Japan, to Greece, to Sardinia – although they’re culturally diverse they have certain things in common and those include being outside in nature a lot, eating a well-balanced diet and community and relationships.

That’s really been one of the things which obviously has been hit very hard over the last couple of years as people’s ability to be part of a community and maintain relationships. It’s important that we spend time outside and in nature, and the importance of that really can’t be overstressed actually, a lot of the sleep disruption that we see is cured really by spending more time outside. Contact with trees and plants and contact with the seasons is really balancing to cortisol levels and stress.

Having meaning and purpose which is really what community and relationships are, is essential for human beings and we can’t really function without that. We’re community-based creatures, we’ve become successful because of our levels of co-operation. When that contact and co-operation is suddenly removed, it’s something that is deeply existential to people. Finding ways to be connected to people through charity work, through hobbies, through clubs, through walking, etc, it’s incredibly important.

If we understand that stress is anything that’s putting an impact on your system, then if your body or your liver has to process higher levels of chemicals or trans fats or whatever it might be, then that fills up your stress bucket and then mental stress or work stress is going to be more pronounced.

What is Sensate and why did you want to create it?

I’ve taught people how to meditate and breathe for 30 years, but what I noticed a decade or so ago although there’s been a lot of talk about mindfulness, it is very niche, the number of people actually practising has always been small. But what’s happened in the last few years is that neurologically the ability to sit down still is available to very few people. In fact, there’s what I call the dark side of mindfulness phenomenon which really hasn’t been researched or talked about enough is a very significant proportion of people that when they try to relax or breathe, there is medical induced anxiety.

I got tired of the techniques that I knew and had practised being effectively ineffective for most people. I felt the biggest impact I could have was to use my experience to provide a really easy, effective solution for people to become less fearful.

Essentially, Sensate is using sound, it’s non-invasive, it’s incredibly safe and it’s very similar to the kind of techniques that people have used for a very long time. It creates resonance on the chest through bone conduction which is then transferred into the chest and uses the hollow space within the chest as a resonating cell and you get a humming like sensation.

You use it with an app where you choose a session and that then plays audio as well so you’re synchronising audio and headphones with the device with the device on your chest and it produces deep calm within the user. You don’t have to have any level of skill and again this is the problem with meditation, you have to practice for about an hour a day for 10 years to be getting good at it which is not really a viable solution to mass panic. Whereas with the majority of users they experience and feel a noticeable change within the first 10-minute session. 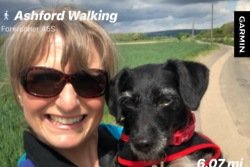 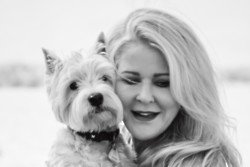 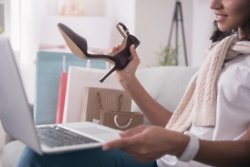 Mental Health Awareness Month: How to deal with impulsive spending