I tried period underwear for the first time and here are my thoughts...

It is estimated that between 1.5-2 million menstrual items are flushed down the toilet each year.

I have used tampons for years now- pretty much since I started getting my period at 14. I am now 34.

I gave pads a try, but I found them to be too unreliable. They never stayed in place, especially during the night and took up a lot of room in my handbag.

Tampons are subtle and work every time. I thought that I would never use or consider anything else when it came to my sanitary products.

That was until I was given the chance to try WUKA period underwear.

I have to admit, after years of tampon use, the thought of going back to something that even resembled a pad made me skeptical. With that said, the sheer amount of tampons I use that simply go to waste gave me an incentive to try. The numbers are in and it is estimated that between 1.5-2 million menstrual items are flushed down the toilet each year. If I want to help the planet I figured I should at least give it a go.

The knickers come in a number of different designs so you can match them to the type of underwear you usually wear so they won’t feel too different once they are on.

The inbuilt pad looks and feels thick, about the thickness of a heavy period pad but I still wasn’t confident that it would do the job.

Luckily I work from home so I was able to test them out in the privacy of my own space incase there were any accidents. To my relief, there were none and they were comfortable all day long as they wick the blood away as soon as it makes contact with the material.

I found the underwear particularly beneficial during the night- when I would normally wear a tampon.

The threat of toxic shock syndrome is always looming if you leave a tampon in too long so the underwear means you don’t have to worry about this anymore.

The underwear stayed in place all night and was fully absorbent while I was asleep. Then the next morning I just washed them as normal with my other clothes in the machine. Zero waste created.

I was given two pairs of underwear, however I would suggest that once you are committed to using these- you will probably need a few pairs to factor in washing, dying and getting them back into action again- especially if you have a period that lasts the full week.

I may not be a complete convert but I have reduced my tampon usage dramatically since wearing WUKA at night and while working from home. I still wear tampons when I go out but the number has decreased so I am headed in a better direction than I was. One day I might stop buying tampons altogether- who knows.

If you haven’t tried period pants yet, I encourage you to do so. Try not to let any preconceptions get in the way of giving them a go. I never thought I would try them when they first came onto the market and now they are put to use every month. 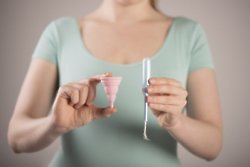 The strangest period myths from around the world 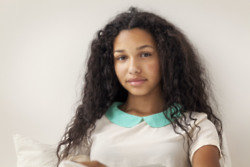