Angelina Jolie is back on the big screen this week as she reunites with Brad Pitt for romance/drama By The Sea. 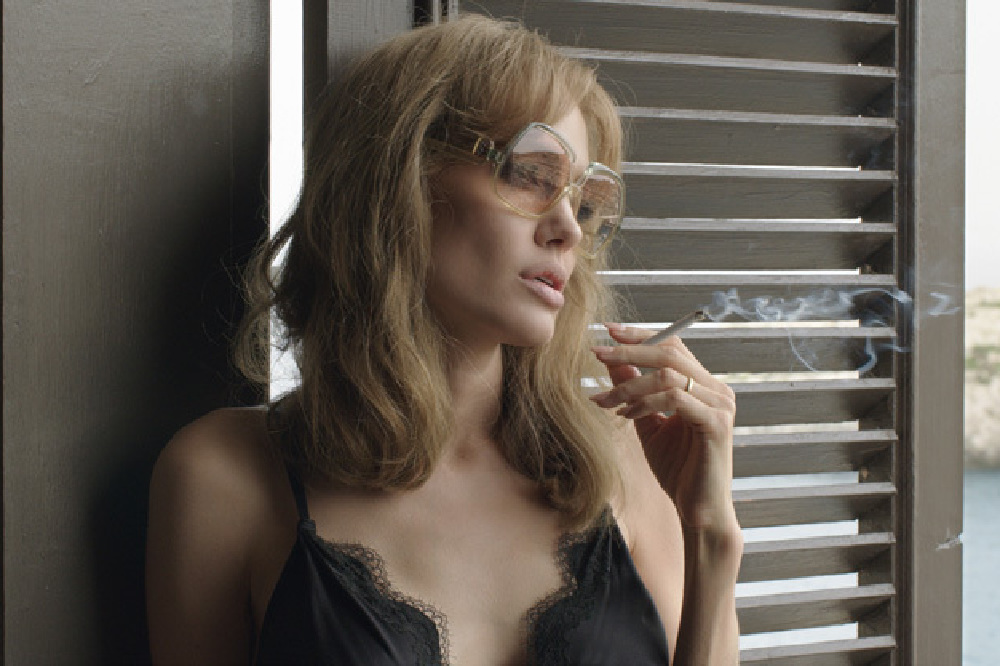 As well as taking on the central role of Vanessa, By The Sea also sees Jolie return to the director's chair and pen the screenplay. It is the third directorial outing of her career and the first time that she has worked with Pitt since Mr & Mrs. Smith.

We take a look back over Jolie's acting career and picked out some of her best performances to date. Do you have a favourite?

It was back in 2000 when Angelina Jolie starred alongside Winona Ryder in Girl, Interrupted, which was based on the book by Susanna Kaysen.

Jolie had started making a name for herself with her performance in TV miniseries Gia, but Girl, Interrupted was the film that really made people sit up and take note - it was to be her major breakthrough moment.

The movie is based on Kaysen's eighteen-month stay in a mental institute in the sixties and saw Ryder take on the central character. Jolie played Lisa Rowe, who is diagnosed as a sociopath, and befriends Susanna while she is on the ward.

The movie sees Jolie given an incredibly intense performance as she really gets to grip with the power and the complexity of the source material. This was a role that Jolie could really get her teeth into as Girl, Interrupted is a powerful and compelling exploration of mental illness.

Jolie's performance had the critics raving and she went on to win a Golden Globe - the third if her career - her second Screen Actors Guild award and her first Oscar for Best Supporting Actress; seeing off competition from Toni Collette, Catherine Keener, Samantha Morton, and Chloe Sevigny for The Sixth Sense, Being John Malkovich, Sweet and Lowdown, and Boys Don't Cry.

Girl, Interrupted was the feature that really sent Jolie's star rocketing and she showed that she was a major big screen talent - she hasn't looked back since this great success.

In 2007, Jolie returned to the big screen for biopic The Might Heart, which saw her team up with filmmaker Michael Winterbottom for the very first time.

A Mighty Heart saw the actress take on the role of Marianne Pearl, who fights to find her journalist husband when he is kidnapped in Pakistan back in 2002. The movie is based on the memoir by Pearl and is another terrific performance from Jolie.

Jolie shows off an entire range of emotions in A Mighty Heart from terror after her husband disappears, the strength to fight to find him, and the devastation at the outcome. It really is a wonderful and truly captivating performance from the actress that remains one of her finest moments.

What is so great about A Mighty Heart is the fact that Winterbottom doesn't fill the screen with the unspeakable acts of violence that clearly went on as so many would have. Instead, he focused on the pain, heartbreak, and inspiring resolve of Pearl - which helped make this film pack an even bigger punch.

A Mighty Heart played out of competition at the 2007 Cannes Film Festival before it was met well by critics and audiences upon release. Jolie went on to pick up Best Actress nominations are the Golden Globes, Screen Actors Guild Awards, Independent Spirit Awards, and Satellite Awards.

In 2008, Jolie teamed up with filmmaker Clint Eastwood for the first time as they worked together on drama Changeling, which was partly based on real life events of the 1928 'Wineville Chicken Coop' kidnapping and murder case in LA.

The movie saw Jolie take on the central role of Christine Collins, a mother who faces her worst nightmare when her son goes missing. When her son if found and returned to her she realises that he is not Walter.

During the mid to late noughties, we had seen Jolie move between dramatic and action role and it was great to see her return to the former with Changeling. She delivers a powerful performance as a mother who is determined to discover the truth about her son - even if that means going up against the police.

It is a heart-breaking and powerful performance from Jolie, coupled with fantastic direction from Eastwood. This is an intelligent drama that shows both actress and filmmaker on fine form.

The movie was met well upon release and was in the Oscar mix when it picked up three Oscar nominations; including Best Actress for Jolie. This was the first Best Actress Oscar nomination of Jolie's career and came nearly a decade after she won the Best Supporting Actress gong for Girl, Interrupted.

However, Jolie was to miss out, as Kate Winslet won that year for her performance in The Reader.

Jolie returned to the big budget blockbuster in 2014 as she took on the title role in Disney's Maleficent. Maleficent is one of Disney's most iconic villains and this live-action film told a very different story than the one we are used to.

The movie was the feature film directorial debut of Robert Stromberg and went on to be one of the most successful films of 2014. Elle Fanning, Sharlto Copley, Imelda Staunton, Sam Riley, Juno Temple and Lesley Manville completed an all-star cast, but this movie totally belonged to Jolie.

For me, Jolie was the perfect choice to take on this role and I really cannot see anyone ever playing Maleficent better.

Maleficent is a strong and interesting character and this really is a redemption story as we see there's more to her than the villain that we know her to be. Jolie gets to the emotional core of this character and we see the evil side of her as well as a side that is loving, caring, and humorous.

Maleficent finished 2014 as the fourth highest grossing movie of the year, behind Transformers: Age of Extinction, The Hobbit: The Battle of the Five Armies, and Guardians of the Galaxy. Maleficent was also the highest grossing female-led film of the year as it took over $758 million at the global box office.