James Arthur will be crushed if his career flops.

James Arthur admits he will be very "disappointed" if there isn't a good reaction to his new single 'You're Nobody 'Til Somebody Loves You'.

The 'X Factor' 2012 winner is nervous about fading into obscurity after experiencing initial chart success, a fate which has befallen previous winners of the talent show, and hopes his new single 'You're Nobody 'Til Somebody Loves You' will be a hit. 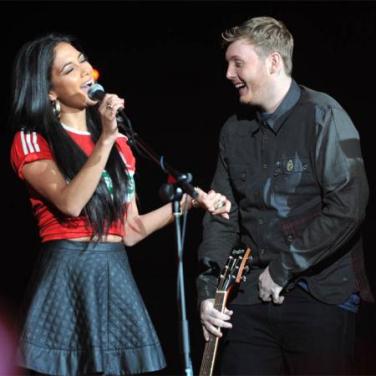 James Arthur will be crushed if he becomes irrelevant

James - who earned a BRIT Awards nomination with his debut track 'Impossible' - sighed: "If my second single doesn't work, I'll be disappointed. We worked really hard on the song and it's different to 'Impossible'. I wanted to make something more fun because people who know me know I'm capable of it. I hope the public responds well to it or I'll be sad."

James initially auditioned for the debut series of 'The Voice' UK in 2011, only making it into the final 200, before his victory on Simon Cowell's rival show, which he believes was a better fit for him.

He explained to French website JustMusic.fr: "'The Voice' wasn't made for me; the judges already had a certain type of talent in mind that they wanted on their teams. I don't think I was ready at that point in time. I took part in 'The X Factor' because my friends and my family encouraged me too."