Matthew Morrison is most famous for his role as Will Schuster in Glee, but  he also has had an impressive career in the West End and Broadway, and is now cashing in on this current  and has released his debut album.

The self titled album contains a few impressive surprise guests but they cant disguise the overall quality of mediocrity that permeates the debut album. The number one slot is the released single Summer Rain, which is a good indication of what to expect from the rest of the album, and although not a bad single, with a nice melodic sound and progression, with good vocals from Morrison, it just fails to come together as this summers pop song.

Morrison’s inoffensive brand of pop takes up a bulk of the album with tracks like Still Got Tonight, My Name, and Hey being enjoyable but mostly forgettable. Scattered between these tracks is a few duets, the first being a  duet with Sting covering Let Your Soul Be Your Pilot, which fits in well with the rest of the album being a shorter and more cohesive version of the Sting classic, but it is not as enjoyable as Mona Lisa’s And Mad Hatters/Rocket Man performed with Elton John which is an almost 7 minute track, combining two of Elton’s classic and is the superior duet, especially when compared to the dull Somewhere Over The Rainbow performed with Gwyneth Paltrow, who has inexplicably become a singer for some reason. Though not a terrible single, it does feel fairly superfluous and seems more like a marketing idea to draw in possible listeners who have been watching Paltrow’s stint on Glee recently.

Don’t Stop Dancing is one single which stands out, with a dance pop vibe, some vocal effects and a fairly enjoyable rhythm, I can see this single being quite successful, and it would be better served as the last single on the album as opposed to It’s Over which as it stands is a short and sleep inducing finale to a fairly unimpressive debut album.

3. Let Your Soul Be Your Pilot (featuring Sting) 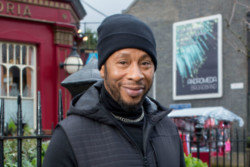 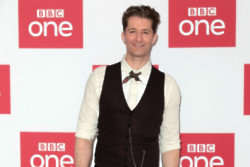