Could looking at old pictures on the site make you happier?

We sometimes cringe at old pictures, wondering what we were thinking about our hair, makeup and clothes, but new research indicates that looking at them could have a positive effect on our mental health.

The new research fron the University of Portsmouth found that almost 90% of Facebook users use the site to look at their own wall posts and three quarters look at their old photographs when they're feeling down.

Dr Alice Good, who conducted the study, explains that 'self-soothing' with Facebook can have a postivie effect on the user's mood.

Dr Good told the Indpendent: "The results indicate we could use self-soothing as a form of treatment for low moods.

"We were very surprised by these findings, which contradict some recent reports.

"Although this was only a small study, we will go on to study larger groups to see if the results remain consistent."

The survey of 144 users found that people often use the site to reminisce, trawling old photos and wall posts for comfort.

It also found that people with mental health issues were particularly comforted by the site.

Dr Good's study has concluded that looking at comforting photos, known as "reminiscent therapy", could be an effective method of treating mental health. 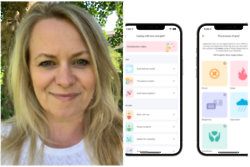 Eight relaxation strategies to find calm when dealing with loss 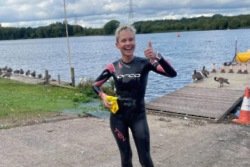