It's important to learn lessons when it comes to cervical cancer

The recent story of the death of Julie O’Connor was heartbreaking to read. Bristol’s Southmead Hospital missed several opportunities to diagnose her cancer at an earlier and treatable stage. Before she died, Julie was vocal about her wish to make sure other women did not suffer in the way that she had.

Following this case, it is vital that important lessons are learned. GPs and hospitals have a duty to ensure that smear tests are reported accurately and that any pre-cancerous changes or cancerous cells are correctly diagnosed and appropriately treated.

Sadly, errors in identifying, and delays in the diagnosis of, cervical cancers are not uncommon. The Trust involved in Julie’s care has admitted that opportunities were missed and the care Julie received was substandard.

Worryingly, the amount of women undergoing smear tests is the lowest it has ever been. Smear tests are targeted to detect pre-cancerous changes in cervical cells. This is because when it is caught early, cervical cancer can be effectively treated and survival rates are very high.

However, in rare cases, smear results can be misreported, which can mean that pre-cancerous changes are missed and cancer that could have been prevented goes on to develop. As a result, more extensive treatment is needed and this can mean that the patient’s fertility and even their life may be at risk, as was the case for Julie.

When treated at an early stage, it is often possible to use less invasive treatment to remove abnormal or pre-cancerous cells. Often, women can be fully treated with a simple outpatient procedure.

However, if the disease has developed, treatment can be far more invasive and potentially involve hysterectomy, chemotherapy or radiotherapy. In some tragic cases, such as Julie’s, the cancer may have developed to such an extent that it cannot be treated. The location of the cervix means cancer can quickly spread to other organs, such as the womb. Survival rates for stage IV cervical cancer are very low.

Early cervical cancer may have limited or no symptoms, and if a patient’s results have been misreported there may be no symptoms until the disease is more developed and potentially untreatable.

Cervical cancer is particularly likely to affect women aged 30 to 45. Therefore, errors in diagnosis are far more likely to affect women who may have young families or who are considering having children in the not-too-distant future. The effect of a delay in diagnosis is not just on the woman involved, but can affect an entire family. If an opportunity to diagnose at an early stage has been missed, surgical treatment, chemotherapy or radiotherapy may mean that women lose their fertility before they have even had the chance to start the family they have always dreamed of.

If you have been diagnosed with cancer and you suspect that there may have been delays or errors in your care, raise your concerns directly with the relevant GP or NHS Trust. I would also encourage women (or their relatives in a situation where someone has passed away as a result of cervical cancer) to seek legal advice from specialist medical negligence solicitors to discuss if there have been any breaches of duty in their care.

What happened to Julie never should have happened. I hope that lessons are learned and that no other women have to suffer a disease that can be easily identified and prevented. 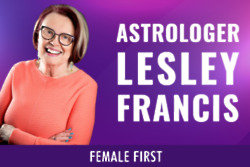 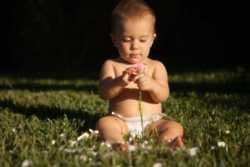 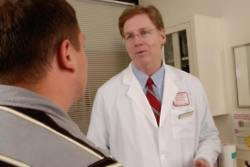